Merkfolk was founded at the beginning of 2013 on the initiative of the siblings - Irmina and Rafał. Since November 2013 the band has been performing regularly. They have performed, among others, at the National Metal Folk Rally, Ragnard Rock Festival (France), Kalevala Polish Tour, Hellhammer Festival (Czech Republic). They had a chance to play on one stage with Percival Schuttenbach, Kalevala, Welicoruss, Arkona, Primordial, Nocturnal Mortum, Wardruna, Skiltron, The Moon and the Night Spirit, Nine Treasures and others. The band's name, in a loose translation (from Norwegian), means "carrying folk". Merkfolk's songs are catchy melodies, played by accordion and violin, and the heavy sound of guitars and drums, with a female growl. 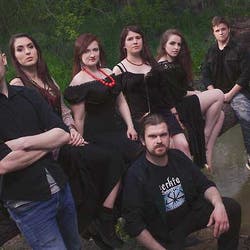 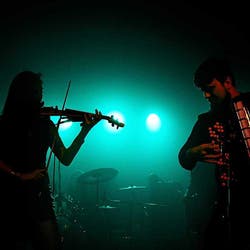 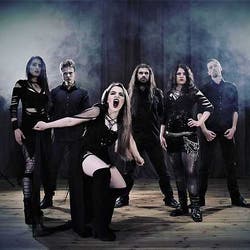 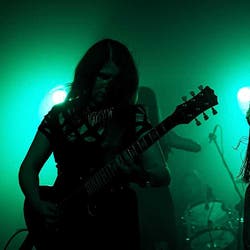