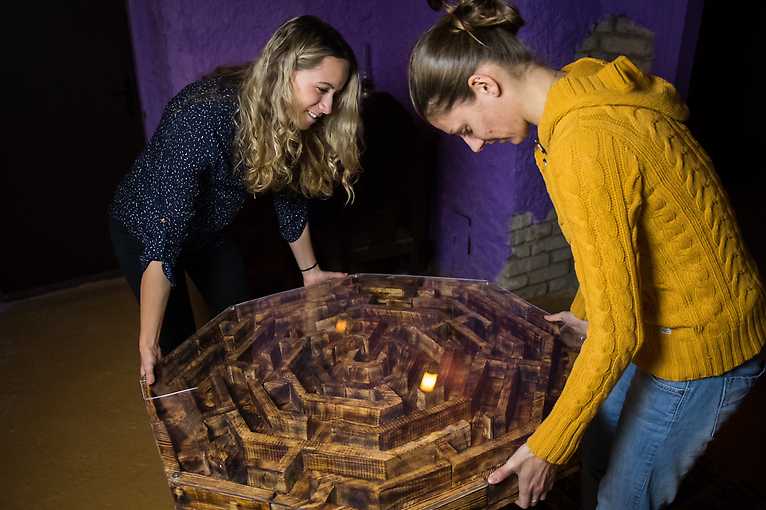 In this escape room you will experience a hour full of fun and adrenalin. During this hour it’s up to you to solve various imaginative tasks and puzzles. Game is not for loners, important element in our room is comunication and cooperation.

Escape games as such originated in Singapore in 2008 and in a few years this phenomenon has spread all around the globe. They were based on a get out of the room video games like Maze. Indefinite puzzles and numerical locks have been gradually replaced by rich stories and technical puzzles. Games are typically focused on team collaboration and logical thinking rather than physical strength.

The mysterious alchemist, Mentor, was very courageous in his research. But one day his alchemy got out of hands. Nobody heard of him ever since. Time has passed and something strange began to spread out of his study. Whoever came close and has been exposed for a too long became ill or worse, died. Can you deceive death and solve the mentor’s curse?