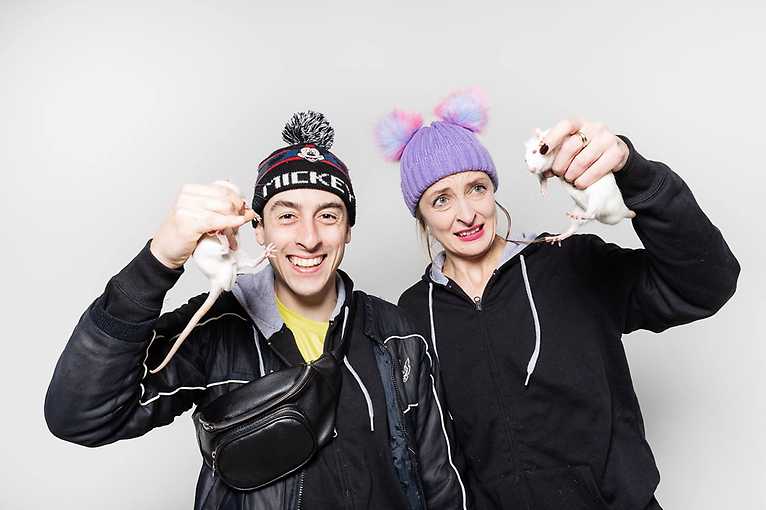 “(MEMENTO) MOR” is one of the first representation of a purposeful combination of theater and film, which leads to a complete and artistically relevant work. – Marcela Magdová, theater critic

The performance inspired by Albert Camus’s “The Plague” received significant attention and critical acceptance. The original footage of the live perofrmance is now provided with an English subtitles. Event will be hold in the virtual space on the 1st of March the anniversary of the first confirmed cases of coronavirus infection in the Czech Republic. The content will be available until 8th of March.

MEMENTO) MOR is an image of a sick society. There is a whole city in the spotlight and we are watching its social changes caused by the pressure of the epidemic. Our guide throught the transformation of the city is a doctor (Daniel Bambas), a non-heroic protagonist who does no great deeds, but he tries to remain human even under the pressure of death and overwork.
What seemed like an apocalyptic catastrophe has become an everyday administrative issue.

Pushed out of sight, death came to the fore and then it became mundane. And the victims are only a number. “Unnecessary compassion will tire one over time.” What used to seem like science fiction or dystopia has become an everyday part of our lives.

On-line production (MEMENTO) MOR is an effort to create a complex work of art in & for the lockdown period. This is a theatrical production that does not count on live audiences. It is a film that works with theatrical poetics. It is a statement that talks about the present by its topic and also in its form.

Performance designed specifically for the digital environment was created under the motto: “You can’t stop art.”