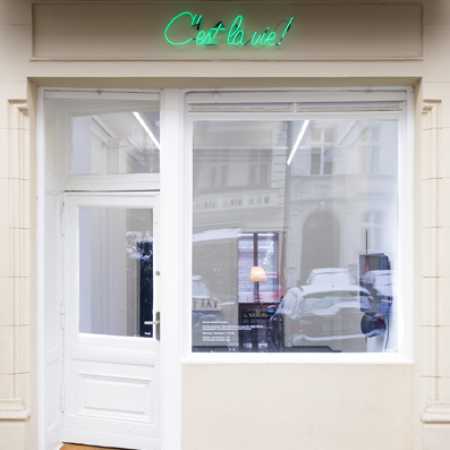 Being part of the first generation of Berlin’s new gallery scene, Galerie Mehdi Chouakri opened its first space in 1996 in Berlin Mitte. Since then, international artists like Sylvie Fleury, Mathieu Mercier, Gerold Miller and Gerwald Rockenschaub have found their platform here. Generous, often space related installations of sculptures, wall pieces etc. have earned the gallery a reputation for being open to unconventional artistic experiments and creative proposals. Since the beginning the gallery has been working with artists that also investigate in non art related concepts such as architecture, fashion, music, physics, sociology, and the more profane world of everyday life. For some major artists like John M Armleder and Hans-Peter Feldmann the Mehdi Chouakri Gallery has become their main base in Germany.

After twenty years in the district of Berlin Mitte, the gallery moved in 2017 to West Berlin, in the Charlottenburg district, with two distinct spaces on Mommsenstrasse and Fasanenplatz. Mehdi Chouakri successfully keeps introducing younger discoveries like Saâdane Afif, Luca Trevisani, Philippe Decrauzat, and N. Dash and also continues to follow and present the development of its internationally established artists with exclusive special productions. The gallery collaborates regularly with renowned international institutions and major private collections.