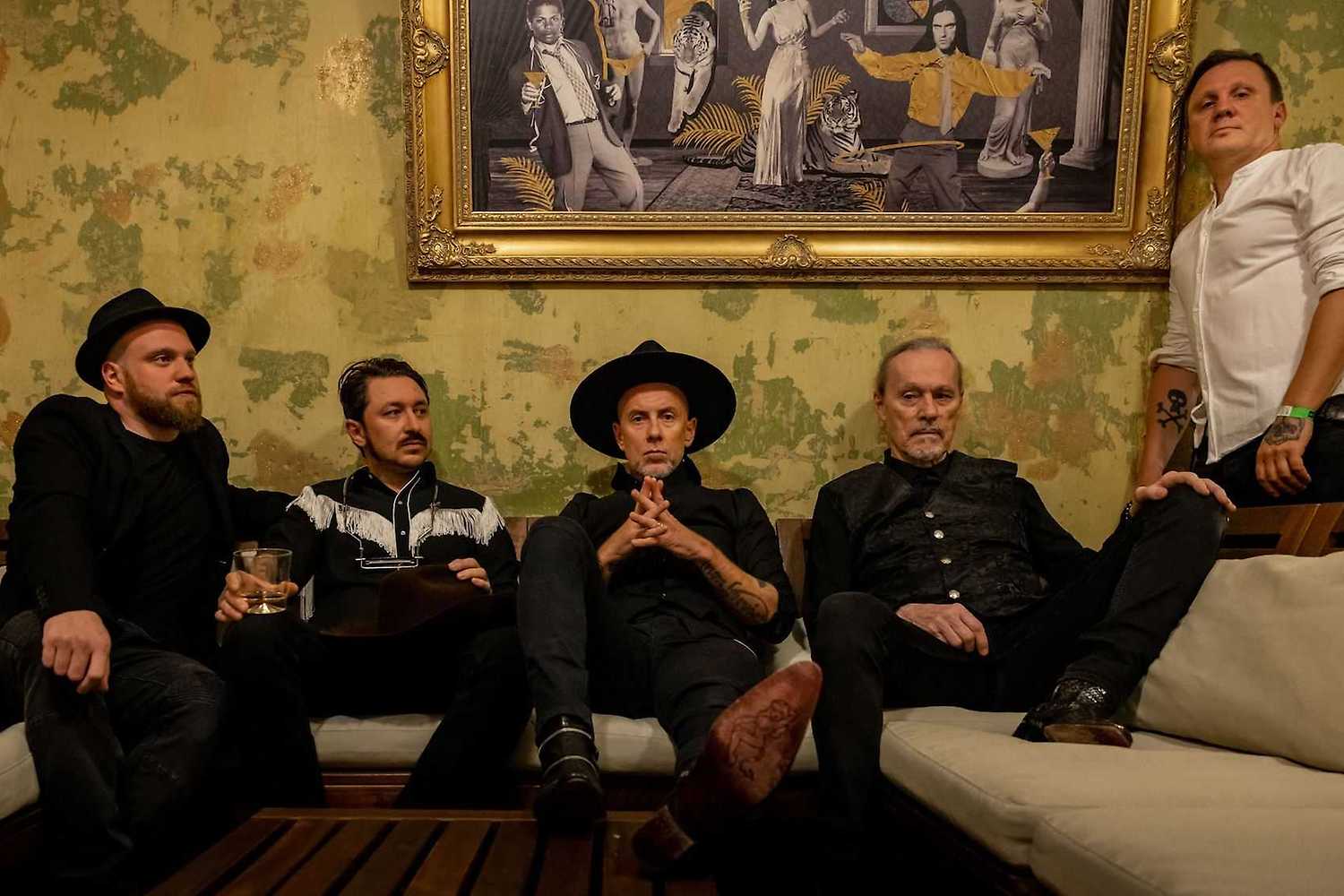 Me and That Man + Taraban

Nergal is known for his wide musical horizons. The leader of the legendary Behemoth has never hidden his liking for lighter, climatic music, such as country, folk and blues. The fascination did not end there. The proof is the band Me And That Man. The formation was born in 2016 and for a long time Nergal and John Porter were both leading the band. With the help of Wojtek Mazolewski and drummer Łukasz Kumański, the debut album MATM (released in 2017) was created, on which the musicians mixed the influences of the aforementioned genres, creating a work referring to Nick Cave, Tom Waits, Johnny Cash or David Allan Coe and strongly marked by the devilish element close to the band leader. The collaboration between Nergal and Porter, however, ended in 2018. On the next two Me And That Man releases (New Man, New Songs, Same Shit, Vol. 1 and New Man, New Songs, Same Shit, Vol. 2) Nergal gave vocals to his many well-known foreign friends, to mention Corey Taylor of Slipknot, Abbath, Tobias Forge of Ghost, Myrkur, Devin Townsend, Matt Heafy. Łukasz Kumański remained in the group, whose international status is maintained by Italian bassist Matteo Massoli (ex-Blindead) and Ukrainian Sasha Boole (guitar, vocals).

Me and That Man  Got Your Tongue