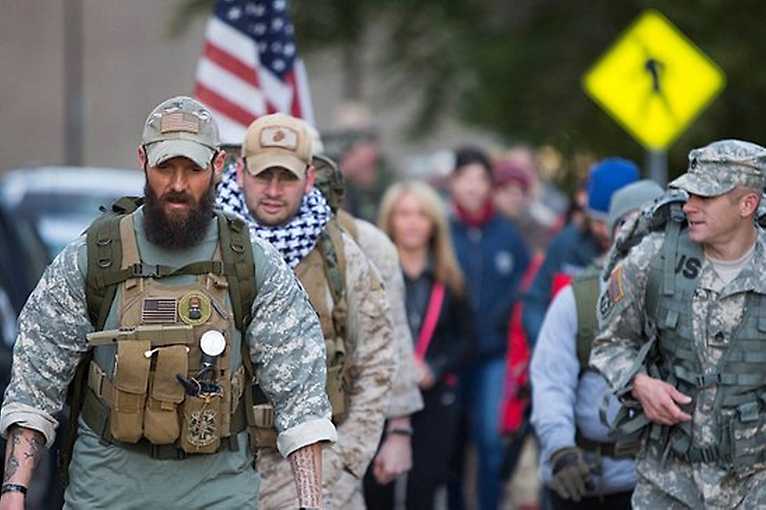 SGT Jonathan Lubecky is a 100% Disabled Combat Veteran who served in Iraq 2005–2006. He served in the United States Marine Corps as a KC-130 Loadmaster from 1995–1999. Following the tragedy on 9/11 SGT Lubecky joined the North Carolina National Guard as an Artilleryman while he underwent selection for Warrant Officer Flight Training. He deployed to Iraq with Bravo Btry, 5/113th FAR to Balad, Iraq. Upon arrival he was assigned as a Designated Marksman on Overwatch Detail carrying an XM107 Barrett Sniper Rifle. On March 23rd, 2006 in the early hours of the morning, his life would change forever, a mortar impacted near him, briefly knocking him unconscious, and (unknown at the time) causing permanent brain damage. Upon returning home, SGT Lubecky started experiencing nightmares and flashbacks. He developed crippling PTSD which was complicated by his head trauma. His PTSD culminated in 5 suicide attempts that should have been successful. His first attempt was on December 25th, 2006 less than 3 months after returning. SGT Lubecky was Medically Retired from the United States Army on December 9th, 2009. His final attempt was on November 4th, 2013. After his final suicide attempt, with nothing left to lose, he enrolled in an experimental treatment. The treatment eliminated his suicidal ideation, reduced his PTSD by 50%, and his depression by 70%. SGT Lubecky has gone on to get married, after being able to reconnect with people. He graduated from The Citadel in 2015 with Honors earning a Degree in Political Science with a focus on International Politics and Military Affairs, and minors in Non-Western History focusing on the Middle East and Intelligence Analysis. He has worked on several political campaigns on the state and national level, including being Sen Rand Paul’s National Veterans Director for his Presidential Campaign. Currently he is MAPS Veterans; Governmental Affairs Liaison. SGT Lubecky resides in Charleston, SC with his wife and stepson.