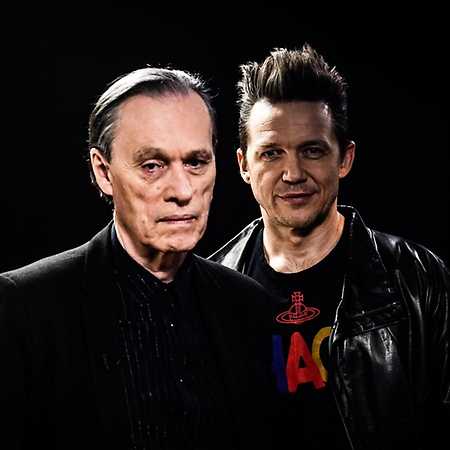 Duo Porter & Mazolewski is a combination of classics with modernity, rock spirit with jazz virtuosity and a blues foundation in a song form. Two uncompromising personalities of the Polish scene, whose joint album has a chance to be one of the most commented events of the season. On the one hand, John Porter, an Englishman who chose Poland as his home in the 1970s, found himself in the first line-up of Maanam, played Cohen’s ballads with Maciej Zembaty, recorded solo records and in a duet with Anita Lipnicka. On the other hand, Wojtek Mazolewski – a man whose music is one of the best Polish export products, a tireless propagator of jazz, playing all over the world with Pink Freud or Wojtek Mazolewski Quintet. The Mazolewski/Porter line-up is complemented by musicians Piotr “Rubens” Rubik (guitar) and Tomek “Harry” Wadowski (drums).

The musical paths of two artists crossed for the first time during the recording of Wojtek’s album entitled Chaos Pełen Idei. From the first minute of the recording session it turned out that both artists speak the same musical language. The following months on tour, rehearsals and concerts resulted in new ideas for songs. In 2019, the first joint album was released, entitled Philosophia.