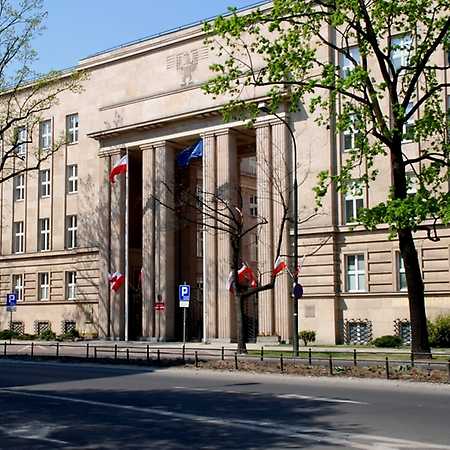 The museum is located in the former Gestapo headquarters in 25 Jana Chrystiana Szucha Avenue, branch of the Pawiak Prison Museum. The Museum is one of the best preserved places of the Nazi execution of Poles in Warsaw. During the creation of the exposition in the basement of the building on Szucha Avenue, 4 group cells, corridors and 10 isolation cells were preserved in a condition similar to the original one, together with part of the original equipment. Based on the testimonies of former prisoners (no photographs taken here during the war have been found so far), the room of the Gestapo officer on duty was reconstructed, where temporary interrogations were carried out. In the showcase on the right-hand side you can see, among others, handy instruments of torture used by the Germans, and on the left-hand side – a wooden support used for beating prisoners. On the desk there are unfolded files, a pistol and a typewriter in which the protocol of the interrogation is screwed on, next to it there is a hanger with a coat, a cap and a belt with a holster of the pistol. On the wall there is a portrait of Adolf Hitler.

In 2008 the mausoleum was modernized and upgraded. Visitors are accompanied by 5 multimedia projections, the most moving of which is likely the etude The Will to Survive, showing a fallen and rising prisoner. It is displayed in the place where the passage from the investigative prison to the main building was located during the war. The detainees were led in and out of the building, and under the wall and in the cell next to it, the Germans were laying the bodies of people murdered during the investigation.

In the narrow corridor leading to the isolation cells one can hear the actors' readings of fluke and prisoners' accounts. Opposite the current entrance to the mausoleum, an etude entitled Faces of the Martyred and the Eternal Flame is played along with a 5-minute recording with the history of the place (in Polish, English or German). On the wall of the corridor there are 4 terminals with historical presentations (including an interactive presentation of the route taken by trucks with prisoners from Pawiak to Szucha).

The Museum of Scouting

GoOut.net > Venues > Museums > Mausoleum of Struggle and Martyrdom
I want a voucher