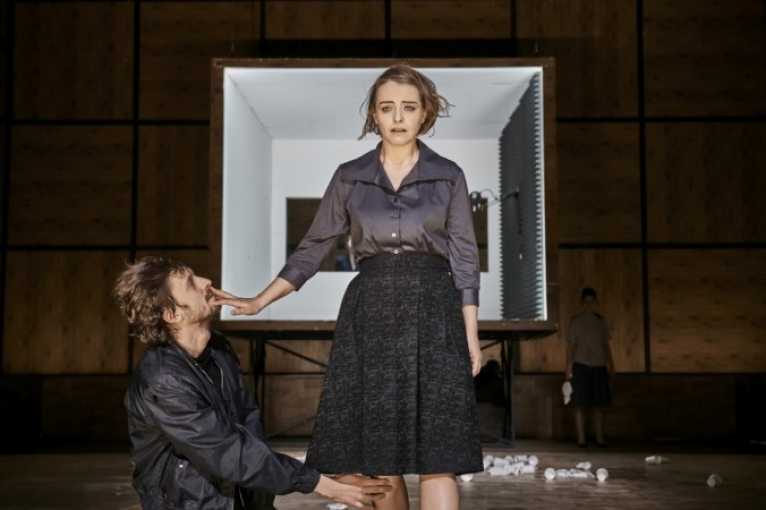 At the end of the 19th century, when Marysha was written, the play based upon a true story about a village girl married against her will, was repeatedly rejected by the dramaturgy of the National Theatre for reasons of excessive naturalism in the way the corrupt relationships among the characters and the circumstances of the murder were depicted. It was accepted only at third attempt and played only in afternoon people’s performances for fear of insulting the bourgeois audience. Its success was nevertheless immediate and it eventually found its way to audiences nationwide after its premiere in 1894.

Current eleventh successive production of Marysha in the history of the National Theatre is directed by Jan Mikulášek, one of the most remarkable talents of his generation. His minimalistic view of this important part of Czech dramatic tradition builds upon the unique personal actorship and deep understanding of the characters by the actors.