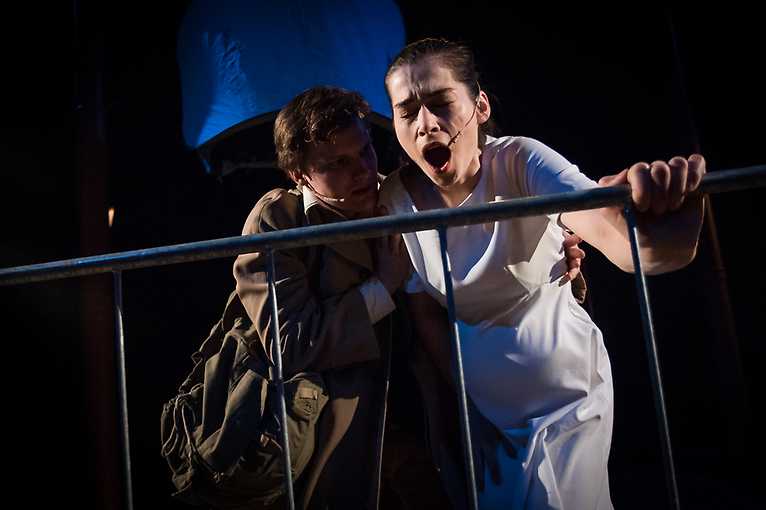 The story of the New Testament Mary as a living, free and courageous woman. A woman who has to decide whether to bring her son into a world where cruelty and fear reign and then face all of the consequences. Whether, despite the tears she would shed, to offer the world the hope that love still holds enormous power.

This original play by Milan Uhde, with songs and music by Miloš Štědroň, is a very timely reminder of the Judaeo-Christian roots of European culture and the roots of the Goose on a String Theatre (Divadlo Husa na provázku) itself, which also used to draw on folk theatre. Through an unexpected rhyming format, in which it is possible to hear echoes of Czech baroque theatre, it tells of values such as courage, love for our fellow man and compassion which are being all too readily forgotten in today’s Europe.

Don Quixote Brno, The Goose on a String Theatre today 18:00

Cancelled Save Saved Loading
Hráč Brno, The Goose on a String Theatre tue 26/1 19:00

Cancelled Save Saved Loading
GoOut.net > Venues > Theatres > The Goose on a String Theatre > Mary's Choice, 22/12/2020
I want a voucher