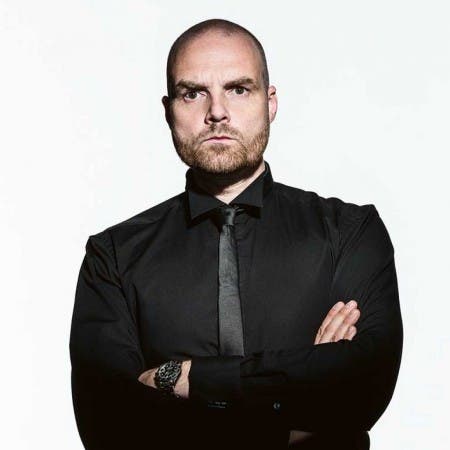 Martin Eyerer has been traveling around the globe as a DJ and producer for more than 20 years. His releases (more than 100) on labels like Get Physical, Saved, Rennaissance, Buzzin Fly, Great Stuff, Boxer, Audiomatique or logically on his own imprint Kling Klong are bought and played on continents from Australia, Asia to North and South America and of course Europe. Countless sales and other chart positions as well as media feedback prove that impressively.
As a producer Martin has reached Gold Albums in UK and Australia and a top 3 US Billboard chart ranking. As a mixing and mastering engineer Martin runs a respectable analog studio since 15 years, which has an established standing especially in the electronic music scene.
After moving from Stuttgart to Berlin in August 2012, Martin and his partners, Jade Souaid and Tassilo Ippenberger, opened the Riverside Studios together – a 1200 m2 complex in the heart of Berlin. With direct river view and the neighborhood to clubs like Bergahin, Watergate, Kater Holzig, Tresor or Weekend it became one of the hotspots of Berlin‘s music scene.