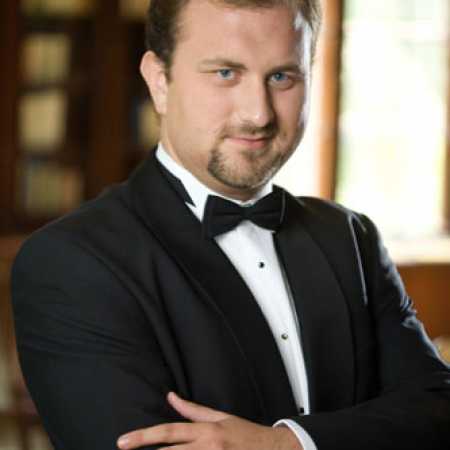 Graduate of the Academy of Music in Cracow, from Andrzej Pikul’s class in 2005. He has also completed his studies at Accademia di Santa Cecilia in Rome with Sergio Perticaroli (the best 2008 diploma award).

Winner of several piano competitions in Bydgoszcz, Valladolid, Warsaw and in several cities of Italy (Ancona, Foggia, Gorizia, Pordenone, Treviso). He was also a medallist at Maria Canals Piano Competition in Barcelona in 2001. In 2007 he received the Special Prize during the International Music Competition Dr. Luis Sigall in Vina Del Mar, Chile.

His debut took place with Simon Bolivar Symphony Orchestra in the Teatro Teresa Carreno in Caracas in Venezuela in 2008 with 1st Piano Concerto by Chopin. He has performed in concert halls throughout Europe and the Americas, as well as in Asia and Australia. The pianist has played also as a soloist with renowned orchestras and conductors. He performed during prestigious Festivals e.g. Easter Beethoven Festival, Beethovenfest in Bonn, Festival International Musica do Algarve, KotorArt in Montenegro, Oficina de Musica in Brazil.

Marian Sobula is the President of the PianoClassic Association and Artistic Director of the International Royal Cracow Piano Festival and International Piano Concert Series in Poland.