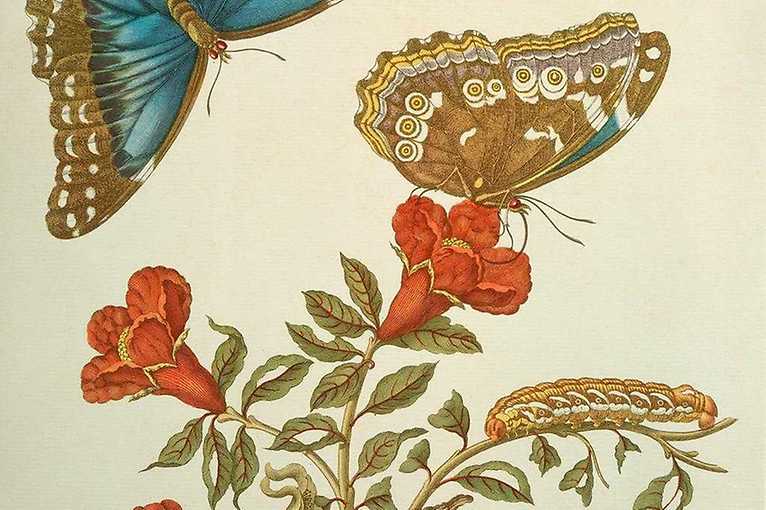 The Manggha Museum in Krakow presents for the first time in Poland the exhibition of Maria Sibylla Merian, presenting her work in the context of contemporary botanical art, European and Japanese, and at the same time in the context of the works of the old masters of botanical illustration and creators of “flower and bird paintings” (Japanese kachō-ga), in the exhibition space Botanical Explorations. Botanical Art in the 21st Century. Sixty-nine works will be on display – copperplates mostly hand-colored by the artist, including contre-épreuve (mirror prints), which are extremely rare, as well as several black-and-white engravings. While Maria Sibylla Merian’s interest in insects went against the notions of social roles of her time, which admittedly considered botany a woman’s occupation, but no longer the study and handling of “unclean vermin,” she was also definitely a woman of her time. For her, the presentation of Nature was a form of religious reflection, and her drawings were also meant to show what God’s design for creation looked like on the smallest scale.

Although many of her insights and attempts at taxonomic systematization are outdated today, the visual, artistic language of Merian’s representations remains masterful, evocative, even magical. The artist’s fascinating work seems more relevant in the 21st century than ever before. The world of insects and plants, which she immortalized in her works, is threatened with extinction.