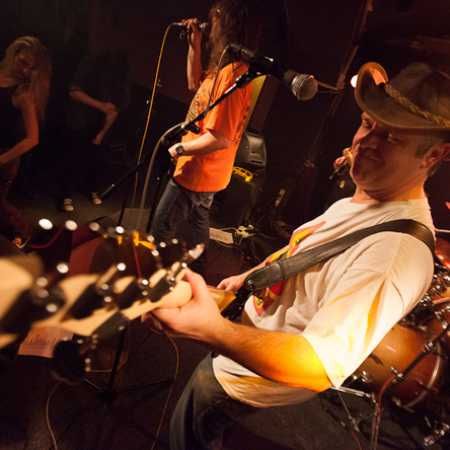 Maria Scare is a Czech hard-rock band that has the music scene since 1997. The band’s repertoire consists of about thirty own songs with Czech lyrics (about two hours playing time). Stylish music based on blues, rock and hard rock. Maria Scare acts mainly in Prague clubs and halls.