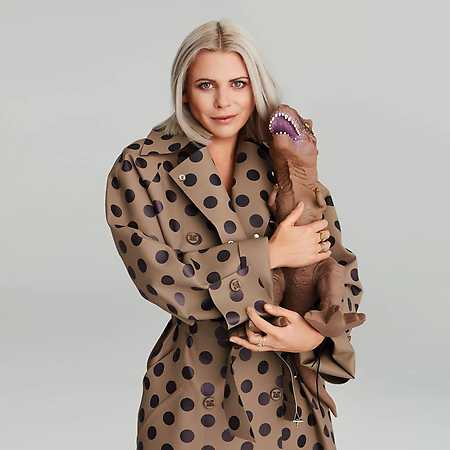 Rebellious and uncompromising. She follows her own path, avoiding sensation and publicity. She has made hits that the whole Poland knows. Maria Sadowska has been present on the Polish music scene for over 25 years. Her versatility allows her to combine such different genres as jazz, funk, electronic music and pop. She is a recognized singer, director, composer and lyricist. Her works are played in the largest radio stations in the country. She has recorded 11 albums (including two released in Japan). The breakthrough in her career turned out to be the album _Tribute to Komeda, _ which has become a part of the history of Polish music and was awarded a certificate of the Golden Record. She has collaborated with many Polish and foreign artists, including Michel Legrand, Michał Urbaniak, Jan Ptaszyn-Wróblewski, Bogusław Mec and Urszula Dudziak.

Maria graduated from the Film School at the Faculty of Directing and has been successfully implementing film projects for many years. Her full-length feature debut _ Women’s Day_ premiered at the 37th Gdynia Film Festival. The film has received numerous awards in Poland and abroad, including the Grand Prix of the 22nd Film Festival Cottbus. Sadowska is one of the few directors who independently composed music to her own film – the album Dzień Kobiet received flattering reviews. The whole project was appreciated, among others, with the prestigious “Okulary Równości” award.
In 2013, Maria accepted the invitation to participate in the largest TV music show “The Voice of Poland”, where she was entrusted with the role of one of the four trainers. It was the only one in the history of the Polish edition of the programme to lead its participants to victory three times.

After years full of successes in terms of both music and film, the vocalist sealed her position with the long-awaited, released in April 2014 album Jazz on the streets. This time Maria appeared with the album, which on one hand is a synthesis of many years of brave musical variations and successes in genres around which she has been oscillating for years, and on the other hand is a mature return to jazz school. The album quickly became a Golden Record, and Maria played a two-season tour. On January 27, 2017, her film Sztuka Kochania, which tells the story of Michalina Wisłocka’s life, had its premiere. The film received many positive reviews and was ranked 5th in the annual Polish Box Office 2017 ranking (the 3rd most watched Polish film).