Małgorzata Jamroży, known professionally as Margaret, is a Polish singer and songwriter. Before her mainstream debut, she performed in underground bands, recorded soundtracks for television commercials and produced a fashion blog. While blogging, she was discovered by manager Sławomir Berdowski and signed by her record label, Extensive Music. The singer gained international recognition with her singles Thank You Very Much (2013) and Cool Me Down (2016).

Margaret's 2013 debut single, Thank You Very Much, was included on her first extended play (EP) All I Need. The song charted in the top 30 in Italy, the top 40 in Austria and the top 50 in Germany. Her debut studio album, Add the Blonde, was released in 2014 and peaked at number eight in Poland. It contained three singles, Wasted, Start a Fire and Heartbeat, which reached numbers six, 10 and 11 respectively on Poland's singles chart. The album's 2016 re-release produced Cool Me Down, the singer's first Polish top five single. The song also charted in the top 30 in Romania and the top 40 in Sweden. In 2015, Margaret recorded Just the Two of Us, a jazz album with Matt Dusk, which was followed by her third full-length release, Monkey Business, in 2017. The latter peaked at number eight in Poland and spawned the singles What You Do and Byle jak.

The singer has received numerous accolades, including five Eska Music Awards, a Kids' Choice Award and three MTV Europe Music Awards for Best Polish Act (more than any other artist in this category). She was included on a 2014 list of the 100 most-valuable stars of Polish show business compiled by the Polish edition of Forbes. In 2015, the Polish magazine Wprost named her one of the 50 most influential Polish celebrities. Alongside her music career, Margaret has endorsed numerous products, designed a clothing line for fashion retailer Sinsay and voiced Smurfstorm in the Polish-language version of Smurfs: The Lost Village (2017). 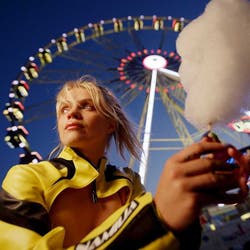 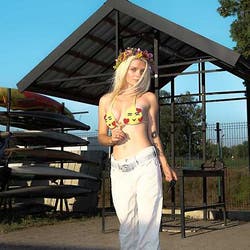 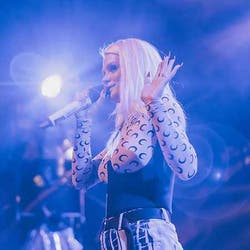 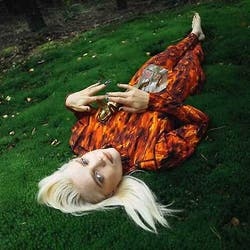