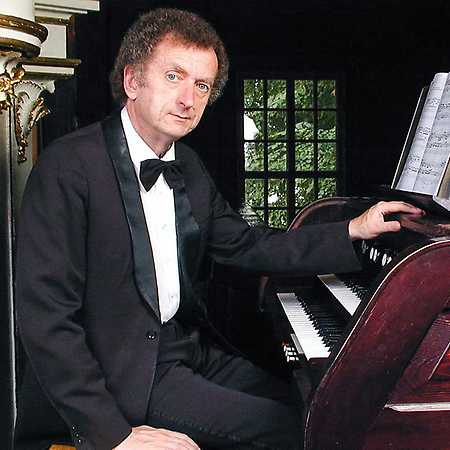 Marek Kudlicki is one of the few organists who earns his living almost exclusively from appearing in concerts. He tours the world constantly and has performed on every continent achieving great acclaim. He was born in Tomaszów Lubelski, Poland. He studied organ (under Prof. Joachim Grubich) and conducting (under Prof. Krzysztof Missona) at the Academy of Music in Cracow. He completed his diploma with distinction. It is noteworthy that he began his musical career while still a student, by giving concerts and recitals in many cities of Poland. In the summer of 1973 he took part in the master course in Mechelen (Belgium) taught by Prof. Flor Peeters, the noted interpreter of Cesar Franck’s organ works. He continued his postgraduate studies with renowned organist, Prof. Hans Haselböck at the Vienna Academy of Music.

Marek Kudlicki won the First Prize (and the Special Prize of the Polish Ministry of Culture and Art) in the Organ Competition in Poland in 1973. For many years he has been actively engaged in artistic activities as is evidenced by the many concerts he has given in almost all of the European countries and many times in the U.S.A. and Canada, as well as in Australia, New Zealand, South Africa, Colombia, Argentina, Mexico, Hong Kong, Japan, Malaysia, Singapore and Taiwan. He has often appeared at international festivals as both a performer and a judge in organ competitions. His numerous performances have been presented in conjunction with well known concert series in various music centers (Stockholm, London, Vienna, Sydney, Wellington, New York, Minneapolis, Bogota, Buenos Aires), as well as at renowned concert halls (Cracow Philharmonic, Cracow; Sala Luis-Angel Arango, Bogota; Cleveland Museum of Art, Cleveland; Sejong Cultural Center, Seoul; Roy Thompson Hall, Toronto; Hong Kong Cultural Centre, Hong Kong; National Concert Hall, Taipei). In 1985, 300th anniversary of J.S. Bach, Marek Kudlicki was invited to perform on the largest organ of Asia in the International Festival in Seoul, Korea. Marek Kudlicki regularly promotes Polish organ music in his programs. He routinely includes works of native composers in his recitals and in his recordings. He has given lectures at various universities on different continents. His annual coast to coast North American tours are greeted with enthusiasm. On the 200th anniversary of the Polish Constitution, he gave a celebratory recital at San Francisco’s Grace Cathedral.

He has recorded extensively for the state radio stations in Poland, Italiy, Switzerland, Austria, Norway, Iceland, Radio Hilversum, Radio New Zealand, Radio Suisse Romande, National Public Radio – U.S.A., South African Broadcasting Corporation, as well as for several TV and record companies. Marek Kudlicki’s repertoire is extensive. It encompasses works of all periods, including early, romantic and contemporary Polish organ music. Apart from solo works, he has in his repertoire numerous and seldom played pieces for organ and orchestra. He has performed these works with various orchestras throughout the world. In his many years in the profession he has often complemented his appearances as an organ soloist with his activities as a conductor.