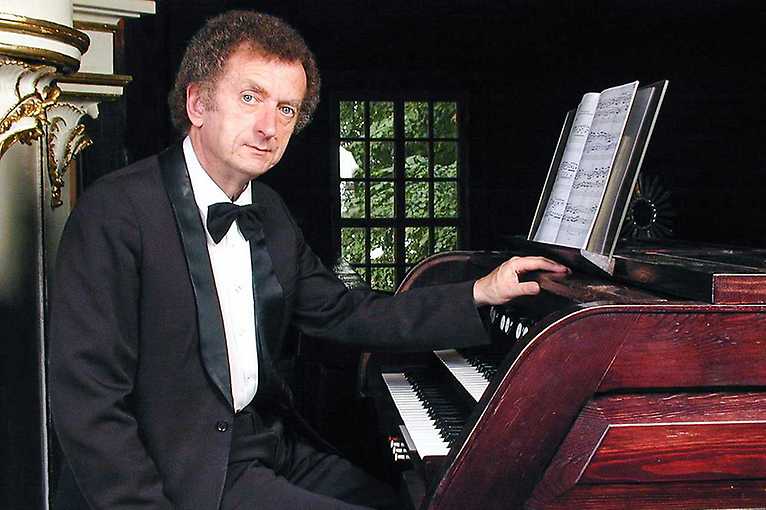 Marek Kudlicki was born in Tomaszów Lubelski. After graduating from the State High School of Music in Lublin, he studied organ with Prof. Joachim Grubich and conducting with Prof. Krzysztof Missona at the State Higher School of Music in Kraków. He completed his studies with honours. He took part in a master class in Mechelen (Belgium), conducted by Prof. Flor Peeters, an outstanding continuator of the organ interpretation tradition of Cesar Franck. He continued his studies at the Hochschule für Musik und darstellende Kunst in Vienna, in the concert class of Prof. Hans Haselböck. Marek Kudlicki is a laureate of the 1st prize and the special prize of the Ministry of Culture and Art at the National Organ Competition in Cracow in 1973. He gives concerts all over the world, performing in recitals and as a soloist with various orchestras. His concert tours have taken him to almost all European countries, the United States and Canada (56 tours), South America, South Africa, Australia, New Zealand, Hong Kong, Japan, South Korea, Singapore, Malaysia and Taiwan. Marek Kudlicki has performed at famous international festivals and leading music centres (Stockholm, London, Vienna, Sydney, Wellington, New York, Minneapolis, Bogota, Buenos Aires and others). He has presented his artistry in such renowned concert halls as the Cracow Philharmonic, Luis Angel Arango Hall in Bogota, Cleveland Museum of Art, Roy Thompson Hall in Toronto, Sejong Cultural Center in Seoul, National Concert Hall in Taipei and others.

Alina Mazur – mezzo-soprano, Master of Arts, musicologist, graduated from the Faculty of Vocal and Acting at the I. J. Paderewski Academy of Music in Poznan and the Faculty of Musicology at the Faculty of History of the Adam Mickiewicz University in Poznan. She is a long-standing lecturer at the Ignacy Jan Paderewski Academy of Music in Poznan at the Faculty of Composition, Conducting, Music Theory and Rhythmics, a scholarship holder of the “Janineum” Foundation in Vienna and the Erasmus Programme. She took part in master classes with, among others, Prof. Alison Pearce from the Royal Academy of Music London, Prof. Helena Łazarska from the Universität für Musik und darstellende Kunst Wien, Prof. Claudia Visci from the Universität für Musik und darstellende Kunst Wien. She has given concerts in Germany, Poland and Austria. Her repertoire includes numerous recitals of arias and songs, works of oratorio and cantata music, and premieres of contemporary music.