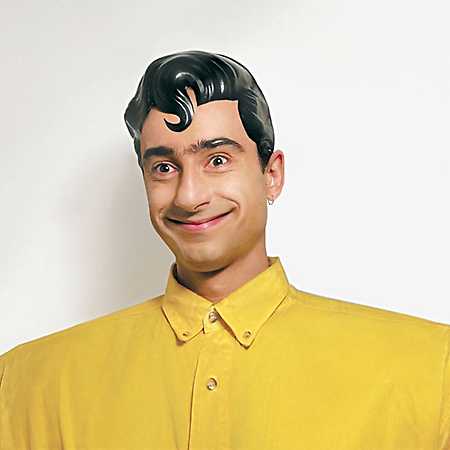 Brussels' dwelling hardware enthusiast Maoupa Mazzocchetti has spent the past few years honing his own brand of deranged, industrial leaning electronics. Seemingly drawing influence from the 80s tape scene, early concrète and Birmingham school techno, his productions have found favour among labels such as Mannequin, Knekelhuis and early admirers Unknown Precept. Whether working alone or working collaboratively, his sonic vision is one which constantly straddles the line between wild experimentation and dancefloor compatibility. Encompassing claustrophobic, noise-induced oscillations, primitive drum machine rhythms and frantic synth work his sound manages to recall all of the influences above yet retain an individual characteristic. His solo LP Laugh Tool assembled ten club-ready ritualistic wave cuts whilst past collaborations have seen him working with the likes of Beau Wanzer (L.I.E.S). On top of his release schedule, Mazzocchetti has appeared frequently on Red Light Radio, NTS and The Lot.