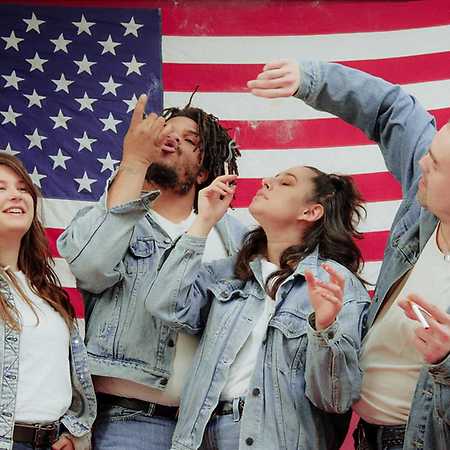 Mannequin Pussy is an American punk rock band from Philadelphia, Pennsylvania signed to Epitaph Records since 2019. They began playing together as a two-piece, comprising guitarist/singer, Marisa Dabice and drummer, Athanasios Paul in October 2010. The two had previously been friends since school. In 2011 they released two EPs, called Bonerjamz! and Meatslave. One of their songs, Clue Juice, appears on Leisure Rules, a cassette-only compilation, released in July 2012 on the Reeks Of Effort label on Bandcamp.

At the beginning of 2013, Drew Adler joined the band as drummer and previous drummer, Paul, moved to guitar. Their first full-length album, Gypsy Pervert, was released in October 2013, as a limited edition, cassette only release on the Rarebit Records label. In 2014, Mannequin Pussy signed with Tiny Engines. That same year, the band re-released their first full-length album on the label titled Gypsy Pervert. In 2015, Kaleen Reading joined the band as drummer, replacing Drew Adler. In 2016, bassist, Colins “Bear” Regisford joined the line-up and they released their second full-length album on Tiny Engines titled Romantic. The album’s title track was ranked number 14 on Rolling Stone magazine’s 50 Best Songs of 2016 list.