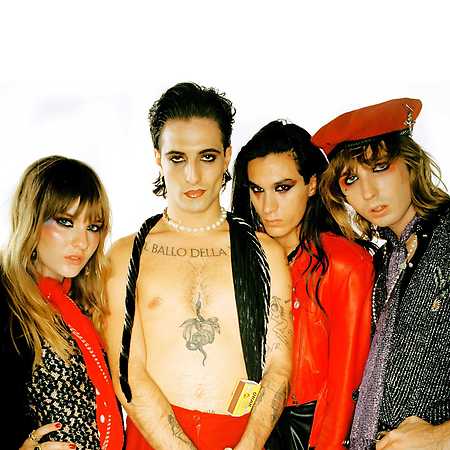 Måneskin is an Italian rock band from Rome that rose to fame after ending up second in the eleventh season of the Italian talent show X Factor in 2017. The band won the Sanremo Music Festival 2021 and the Eurovision Song Contest 2021 with the song Zitti E Buoni. They have released several studio albums and singles which also topped the Italian music charts and collected over 20 platinum certifications by FIMI.