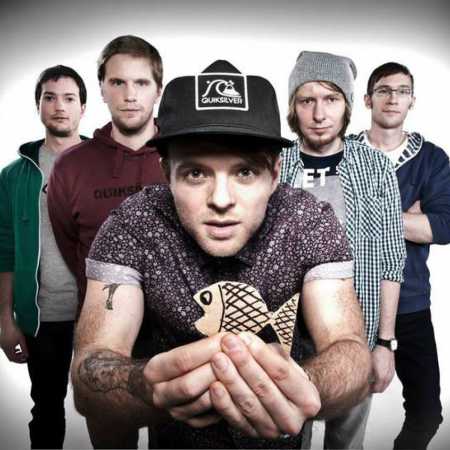 The impulse for the creation of the band a small Fish came in mid-2013 from Jan Šimáčka and Jiří Kynčla. Both musicians have already gained a lot of experience playing in a number of other bands (United flavour, Bug & oak, jump rope, Final Vision). However, put together his own band, which would satisfy the musical ideas of the two musicians and their music while she was able to attract a wider audience, they have so far failed.

In two, it pulls the best, but for a band with all the trimmings. The project connects the first classically educated musician who claims he can even scores – drummer Martin Kuzma (Orchestra ND–especially the big drum) and the excellent guitarist Petr Benýšek (Chamber worcester, guitar lines on the recordings leading rappers and singers r’n ' b), that’s because the fish took the bass guitar, and within a few days it perfectly himself.

In this report, beginning to compose and test the first song and begins a long period in which the musicians trying to get some more precise vision that their music should populate. In addition, hard looking after frontman who would be worthy of not only themselves, but the qualities that would make them even several times. And it succeeded.

Tomáš Kůgel with the band joins in September 2014 and definitely has a lot to offer. Apart from the above mentioned, who never saw or about themselves simply claim that they have seen, Tomas is able to really and can prove it. Has a diploma from the brňenské JAM – the scope of the clarinet, and is the only college-educated musician in the band. We had Reisman all wrong this man, if his diploma from the Academy’s name as his only strength. As a musician is involved in a number of other projects on (eg. Salome, Oranžáda, …), diligently studying singing with Hana Stone and her acting talent – for the frontman needed – claims as the presenter of the Study buddy. Children’s audience is the toughest, so this is the best school for him. Besides the music intensively fitness, which will appreciate the female part of the audience.

The following is the complete band. In January of 2015 was the very first concert of small fish, and from this point on, the band appears so far mainly in Prague clubs, but he’s going to conquer Club and festival scene throughout the Czech Republic. – Translated by Automatic service