Warsaw in the interwar period was a cosmopolitan city, open to experimentation and external influences. At one point, the Warsaw audience was being shown cabarets straight from Berlin and Paris, Austrian operettas, new American music, Latin American dances, or from closer to home, Jewish and Roma music. This multicultural ferment contributed to the birth of a new, unique style of Polish popular music. In just one decade, thousands of great songs were written, most of which have long been forgotten. Mała Orkiestra Dancingowa, under the direction of Noam Silberberg, has taken upon itself to recreate and bring back to life the sounds of 1930’s Warsaw, using surviving original recordings and piano sheet music to reconstruct songs in their original arrangements and play them as intended by the artists of the time. 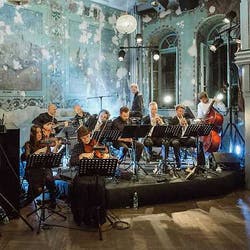 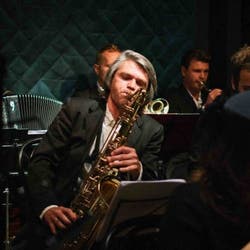 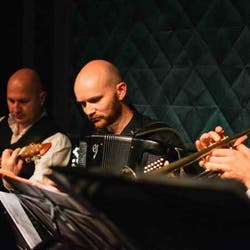 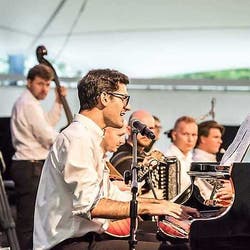