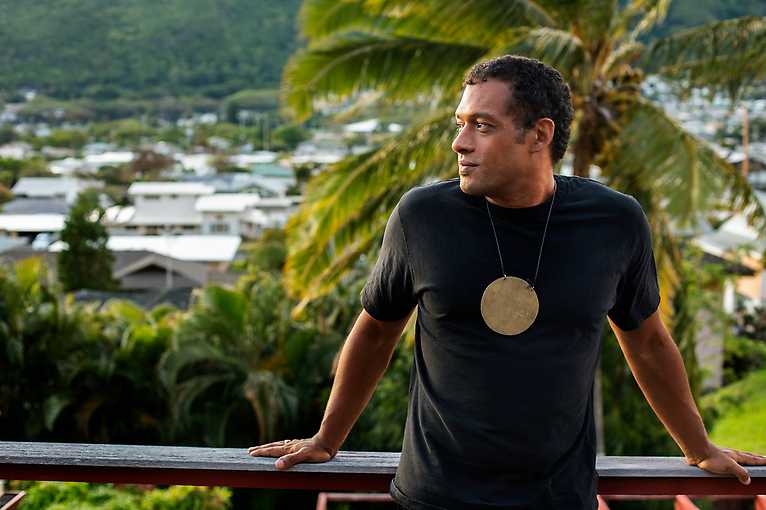 Czech debut of the drummer nicknamed “the beat scientist”, whose organic compositions bring together elements of jazz, hip-hop, and the avant-garde.

Makaya McCraven is fast becoming a giant among drummers: his groove solid and infectious, his musical imagination boundless, his compositional sense remarkable, and his courage in forging new paths admirable. McCraven’s father is the jazz drummer Stephen McCraven, his mother the Hungarian singer Agnes Zsigmondi–and this musical, multi-ethnic background clearly set him on a path to originality. As a child he would jam with his father’s students and accompany his mother’s interpretations of Jewish songs. Alongside jazz and ethnic music, he listened to the hip-hop artists that were inspiring his peers: A Tribe Called Quest, Busta Rhymes, Nas, Biggie. All of these influences can be clearly heard in his current music: jazz and hip-hop, you might say, are in his blood. McCraven’s first album, Split Decision, leaned heavily on jazz, but was also notable for its rock-ish intensity, and a desire to reflect the current times and communicate strong emotions. The follow-up, Universal Beings, recorded with musicians from both the jazz and hip-hop worlds, was, in his own words, "honest, vulnerable, and demanding–not technically demanding, but socially". His newest release We’re New Again features the voice of the late Gil Scott-Heron, set to a spellbinding musical accompaniment. It’s a socially-aware and influential album, which shines a spotlight on Scott-Heron the artist and activist.

McCraven may be playing at Strings for the first time but, in his willingness to experiment and disregard genre boundaries, he has much in common with the festival.

"Makaya McCraven, a Chicago-based drummer, producer, and beatmaker, has quietly become one of the best argument’s for jazz’s vitality." New York Times