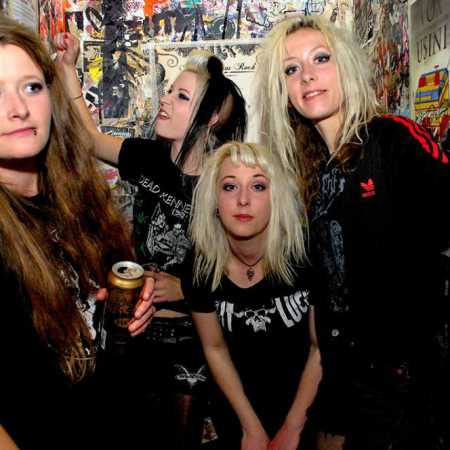 About Maid of Ace

Maid of Ace is a British punkrock band. Its members are four sisters Alison C Elliott, Anna C Elliott, Amy C Elliott and Abby C Elliott. They played their first gig in 2005. In 2014 they released the debut album Maid Of Ace, followed by Maid In England (2016).

GoOut.net > Artists > Maid of Ace
I want a voucher