Mahide Lein is a German cultural mediator, former club owner and head of a concert agency. She is a way-defining figure of the Berlin lesbian scene of the 80s and 90s and is famous as an activist of the LGBTQI* scene, locally and internationally.

Mahide Lein was born in Frankfurt in 1949, where she grew up and went to school. After her apprentice, Lein began engaging in Frankfurt's alternative scene. As an activist, she was part of the city's squatting scene and of its feminist movement. Lein is a co-founder of Frankfurt's first lesbian center and an engaged cultural and art mediator. Lein's engagement also led to her lesbian coming out. At the same time, she studied politics and religion at the Frankfurt University.

In 1977, Lein moved to Berlin to continue her political, societal and artistic engagement, at the beginning for Kaffee Winterfeldt. She was involved into the Berlin lesbian weeks and the female summer university, then she moved on to organizing an artist platform and female night cafe with performances, discussions and exhibitions about current topics. In 1991, she founded the first lesbian TV magazine.

In 1992, she also began engaging for male homosexuals. Together with Andreas Strohfeldt, the female center and the Tchaykovsky Foundation, she organized the first CSD in Russia in St. Petersburg.

Since 1996, she has not only been working for the LGBTQI* scene in general, but also for artists of all cultures in Berlin and all over the world. Lein founded the concert agency Ahoi, which meanwhile represents more than 300 music groups, and runs a small label for African music. Additionally, she organizes festivals.

For her engagement in society and for LGBTQI* rights she has been awarded with several prizes. 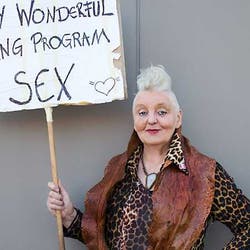 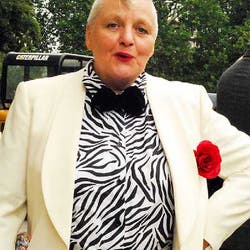 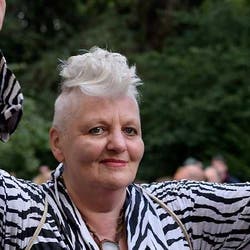 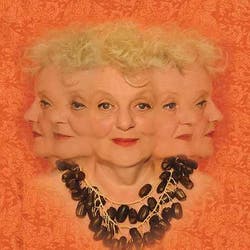