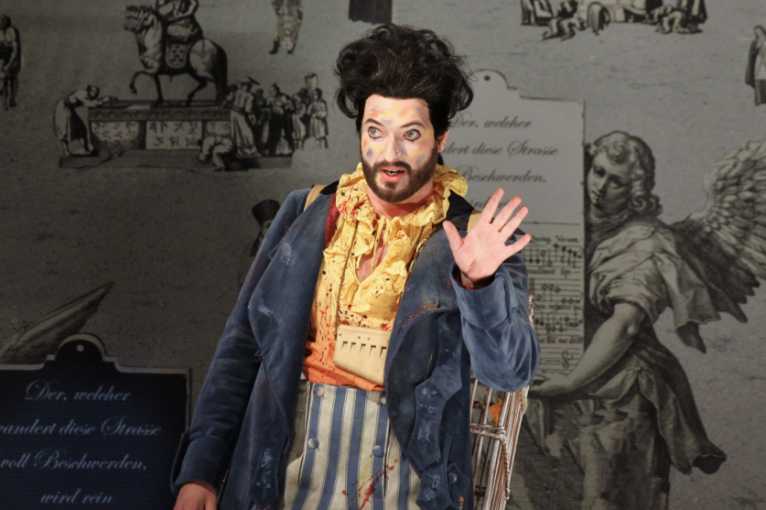 Wolfgang Amadeus Mozart’s final stage piece was intended for the common people visiting the Theater an der Wien, where it was premiered on 30 September 1791. The creators drew upon the tradition of the old Viennese magic opera, one of the types of singspiel, a popular genre combining sung and spoken passages in which alongside human characters appeared various supernatural beings and animals and stage machinery effects were employed.

Die Zauberflöte has become the best-known example of this genre not only owing to the fairy-tale story in which by means of a magic flute and his comical companion, Papageno, Prince Tamino seeks the way to Princess Pamina, daughter of the Queen of the Night, but also thanks to the references to Masonic symbolism and, naturally, Mozart’s engrossing music. A year after its premiere in Vienna, the singspiel was presented in Prague at today’s Estates Theatre on 25 October 1792. The new production, staged by the renowned Czech director Vladimír Morávek, is a spellbinding spectacle providing a remarkable artistic experience.