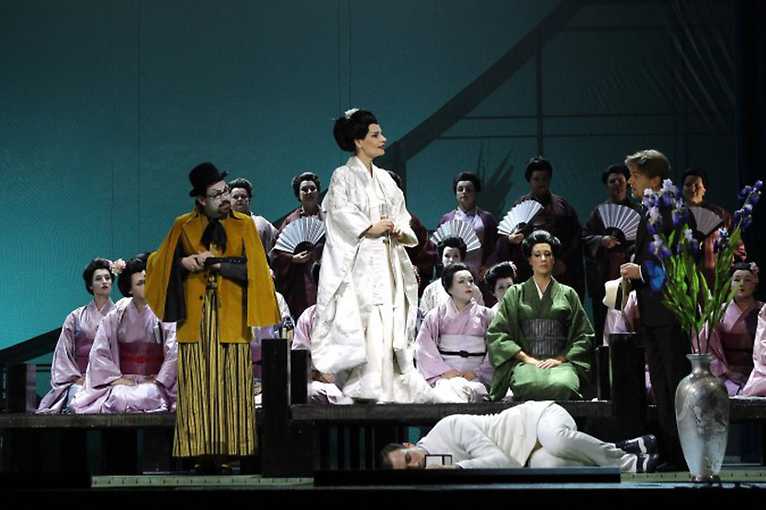 Butterfly is indisputably one of the most popular and most artistically valued operas of all time. Notwithstanding the fact that it has perhaps the simplest plot of all Puccini’s operas: a Yankee, Lieutenant F. B. Pinkerton, enchanted by the picturesque Japanese milieu and the 15-year-old Cio-Cio San, nicknamed Butterfly, decides to marry and spend the honeymoon in Nagasaki. He soon abandons his young wife, but after a long time returns so as to take away the child Cio-Cio San has given birth to in the meantime.

In this work, Puccini eschewed intricate action and boisterous dramatic events, opting instead for an intimate story and highlighting the psychology of the characters, fleshing out by his music the tiniest details, oscillations and extreme emotional surges, the essential contrast between the Japanese and “Western” mentality, which he also aptly renders by means of many a time surprisingly modified quotations of the US national anthem, as well as giving a forcible depiction of the local colour of Japan, where the story is set.

The opera is named after the short story Madame Butterfly by the American lawyer and author John Luther Long, which served as the basis for a drama by the New York impresario and playwright David Belasco, which in turn directly inspired Puccini to compose his celebrated opera. Following the poor reception of the original version at La Scala, Puccini went on to revise Madama Butterfly four times, between 1904 and 1907, before it became a global hit. Our new production, which will replace the current one, performed for three decades, has beeb prepared by the conductor Martin Leginus, together with the renowned opera director Jiří Heřman.

Staged in Italian original version with Czech and English subtitles.