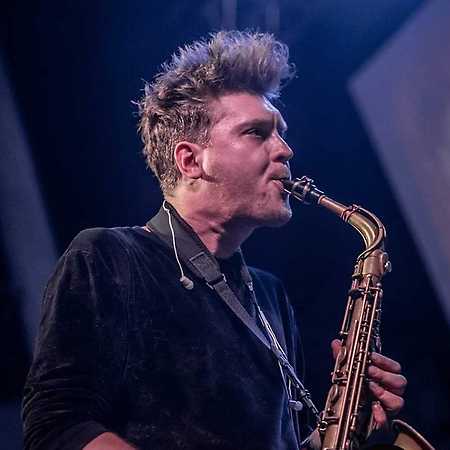 Maciej Kądziela – is a award winner saxophone player and composer. He playes alto,soprano and baritone saxophones. His strong, very recognizable sound comes out form many years of experience and inspiration based on estern europe folk, avan-garde and hard-boop music. Maciej is considered as one of the most uniqe souding saxophone player at Polish and European jazz scene. In age of 22 he released his debiut album “Maciej Kadziela The Opening” where he cooperate with Anders Mogensen and Richard Anderson.