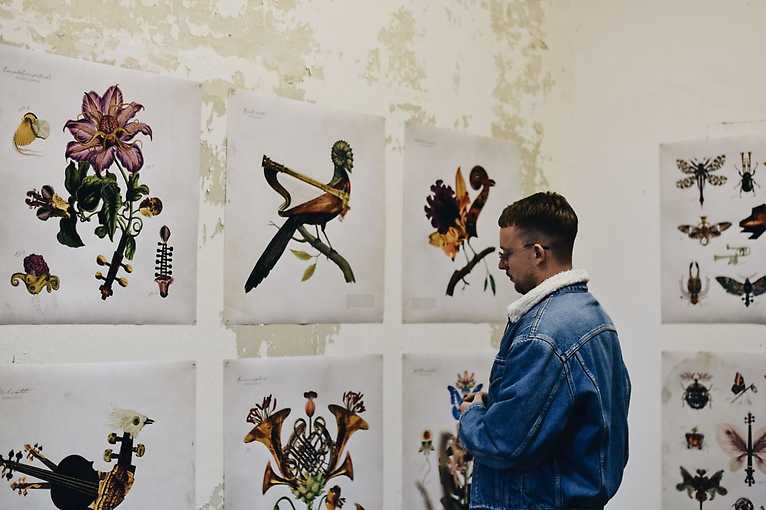 Lustr is the festival of contemporary artists' illustrations and the largest exhibition of illustrators in our country.

During the previous six years of its existence, the Festival Lustr has built a position of the biggest illustration showcase in the Czech Republic. It presents both domestic and foreign illustration work on a regular basis every year. Apart from the annual showcase taking place in Prague city centre every autumn, there is the Lustr On Tour bringing work of young Czech illustrators to all over the world – last year e. g. to Brussels or Moscow. This year, the festival is coming up with a completely new conception of the exhibition part that allows more careful curatorial work and better mutual connection of topics of the exhibited artworks. The showcase will consist of three parts called 100 Years of Devětsil – Czech Modern Avant-garde Now, The Manifesto 2020 and of a free showcase of young artists without any unifying topic. For this time, this third part will be open only to artists who have not exhibited their work at _ Lustr_ yet. For the very first time, the festival opens its gates as well to the authors who focus fully on this medium.

The first part of the exhibition programme will be devoted to the 100th anniversary of foundation of Czech modern avant-garde art group Devětsil that is legendary to the Czech art scene till nowadays. A selection of Devětsil’s work (focused mainly on drawings and book design) will be appended by a series of silk-screen printed posters made by current young Czech illustrators. In this way, the present-day authors will express their relation to the legacy of the Czech modernist avant-garde. The main goal of this exhibition is to show one-hundred-years-old work in relation to the contemporary illustration – as a vivid and timeless heritage still relevant to (not only Czech) art world by now. The current artists who have been chosen for this show are not any kind of epigones stuck in the past. They give their homage to Devětsil due to their own artistic positions, opinions and styles containing current visual languages and manners.

The second exhibition part called The Manifesto 2020 is connected to the previous exhibition section. It is devoted to current illustrator groups and creative collectives. The overall covering topic of this show is the word “manifesto”. Around what ideas and for what purposes do illustrators form groups, what does actually make them unite nowadays? This show is open to stable groups of illustrators as well as to free spontaneously formed creative collectives from both the Czech Republic and abroad.

The last part of the festival exhibition programme is a free showcase of twenty young illustrators, this time open only to those who were not involved at Lustr yet. The show is aimed to present fresh work made during the last year. This showcase will get subdivided into two genre sections: comics and free illustration. Apart from the already mentioned exhibitions, there will be also an interactive installation for children and festival shops with production of Czech art book publishers.

Lustr´s further programme contains artist’s talks, workshops and master classes led by both Czech and foreign guests of the festival.