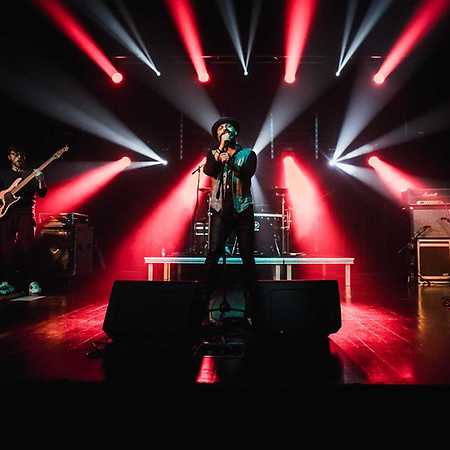 The band was formed in 2017 in Szczecin by vocalist Łukasz Drapała and guitarist Tomek Jóźwiak, who are also the authors of all compositions. In 2019 their debut album entitled Potwory was released. During the recording of the album, the band collaborated with Zbigniew Holdys, Grzegorz Skawiński, Andrzej Puczyński, Tomasz “Kasprol” Kasprzyk, Tomasz “Zed” Zalewski, Andrzej Karp, among others. Tracks such as Król, Homini, Contra, Nienawidzę, Farbowane lisy were on the biggest rock charts in Poland (e.g. Turbo Top, Aferzasta, Parada Przebojów), occupying high positions for many weeks. One of the group’s successes was the nomination of the number Król for Antyradio’s hit of the year 2017. Łukasz Drapała & Chevy were chosen Band of the Year in the plebiscite of Fabryka Zespołów, one of the largest music portals in Poland, as well as winners of many music competitions.