Louis A. Székely, better known by his stage name Louis C.K., is an American stand-up comedian, writer, actor, and filmmaker. He is known for his use of observational, self-deprecating, dark, and shock humor. In 2012, C.K. won a Peabody Award and has received six Primetime Emmy Awards, as well as numerous awards for The Chris Rock Show, Louie, and his stand-up specials Live at the Beacon Theater (2011) and Oh My God (2013). He has won the Grammy Award for Best Comedy Album twice. Rolling Stone ranked C.K.'s stand-up special Shameless number three on their Divine Comedy: 25 Best Stand-Up Specials and Movies of All Time list and ranked him fourth on its 2017 list of the 50 best stand-up comics of all time.

C.K. began his career in the 1990s writing for comedians including David Letterman, Conan O'Brien, Dana Carvey, Chris Rock, and also for other comedy shows. At the same time in this period, he was directing surreal short films and went on to direct two features—Tomorrow Night (1998) and Pootie Tang (2001). In 2001, C.K. released his debut comedy album, Live in Houston, directly through his website and became among the first performers to offer direct-to-fan sales of tickets to his stand-up shows, as well as DRM-free video concert downloads, via his website. He has released nine comedy albums, often directing and editing his specials as well. He had supporting acting roles in the films The Invention of Lying (2009), American Hustle, Blue Jasmine (both 2013), and Trumbo (2015). C.K. created, directed, executive produced, starred in, wrote, and was the primary editor of Louie, an acclaimed semi-autobiographical comedy-drama series that aired from 2010 to 2015 on FX. In 2016, C.K. created and starred in his self-funded web series Horace and Pete. He also co-created the shows Baskets and Better Things for FX and voiced Max the dog in the animated film The Secret Life of Pets in the same year. His 2017 film, I Love You, Daddy, was pulled from distribution prior to its scheduled release date after multiple women accused him of sexual misconduct. 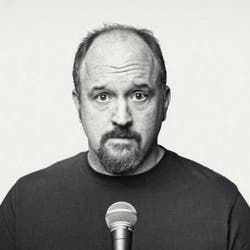 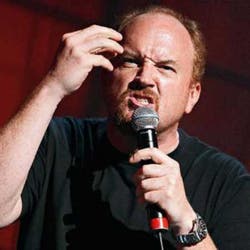 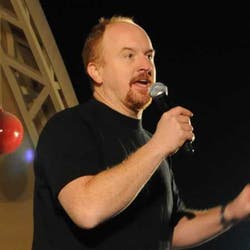