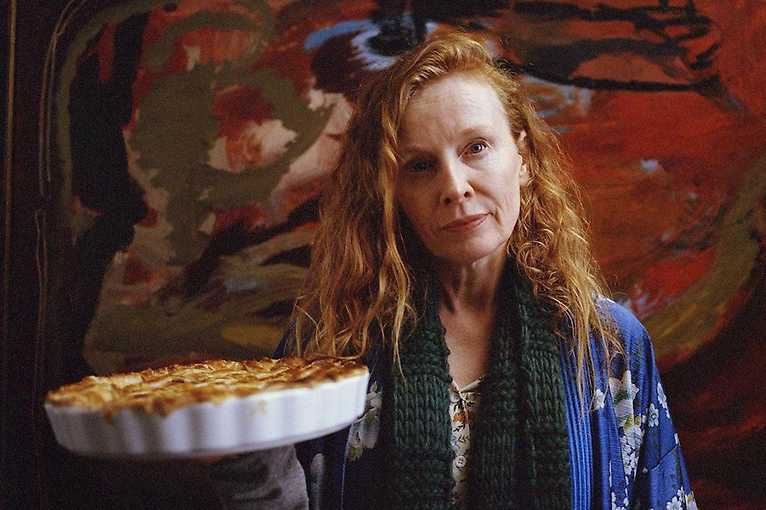 Screening of short films is a part of “16h Prague Short Film Festival”.

A selection of the festival program’s most joyful films. For instance: an American conversational piece about a visit to the psychoterapist, a British musical about a taxidermist in love, an Australian film about an insistent handyman, and a Swedish musical homage to all the poor horror film characters who don’t live to see the sequel.

David / Zachary Woods / USA 2020 / 12 min – A severely depressed man reaches out for an emergency therapy session. He’s not the only one who needs help.

The Handyman / Nicholas Clifford / Australia 2020 / 15 min – Alone at her country estate, Evelyn attempts to end her life but is interrupted by the arrival of an awkward but endearing handyman. Evelyn’s desire to make him leave clashes with his need for a job and Evelyn discovers the handyman has problems of his own.

Live Forever / Gustav Egerstedt / Sweden 2019 / 4 min – A musical love letter and tribute to the poor victims of horror films who didn’t make it to the sequel. In an anthemic song, the dead unite across genres and time.

Are you hungry? / Teemu Niukkanen / Finland 2019 / 12 min – A single mother struggles to connect with her adopted teenage son, who she believes is gay. Worried that the vulnerable boy will fall victim to older men preying on young boys online, she takes it upon herself to guide him safely through this period of self-exploration by setting him up on a date.

The Affected / Rikke Gregersen / Norway 2020 / 13 min – Minutes before takeoff, a situation occurs that prevents the plane from departing. In an attempt at preventing the deportation of one of the passengers, another refuses to sit down – forcing the pilot to take a political stand.

Stuffed / Theo Davies / United Kingdom 2021 / 19 min – A dark musical love story about a taxidermist searching for a human to stuff, and the man she finds on the internet willing to give up everything for the chance of eternal love.

Jackrabbit / Alex Feggans / Australia / 9 min – A backpacker stops by a remote gas station in Australia and is confronted with a bizarre situation.

International Competition 6: Nothing Is As It Seems Praha 3, Cinema Aero today 20:30

Tickets Save Saved Loading
International Competition 1: Under The Sign of Libra Praha, Letní kino u Keplera (by Dlabačov) tomorrow 21:00