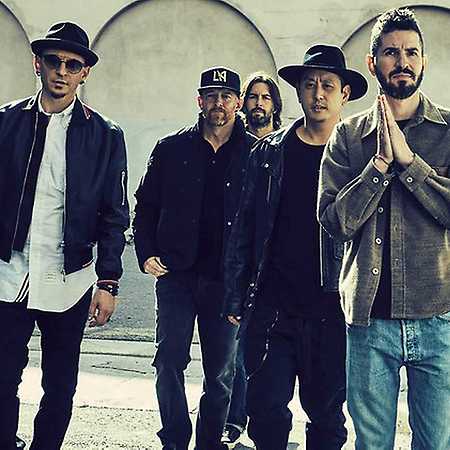 Linkin Park was an American rock band from Agoura Hills, California. Formed in 1996, the band rose to international fame with their debut album Hybrid Theory which was certified diamond by the RIAA in 2005 and multi-platinum in several other countries. Their following studio album Meteora continued the band’s success, topping the Billboard 200 album chart in 2003, and was followed by extensive touring and charity work around the world. In 2003, MTV2 named Linkin Park the sixth greatest band of the music video era and the third best of the new millennium. Billboard ranked Linkin Park number 19 on the Best Artists of the Decade chart. In 2012, the band was voted as the greatest artist of the 2000s in a Bracket Madness poll on VH1. In 2014, the band was declared as the Biggest Rock Band in the World Right Now by Kerrang!