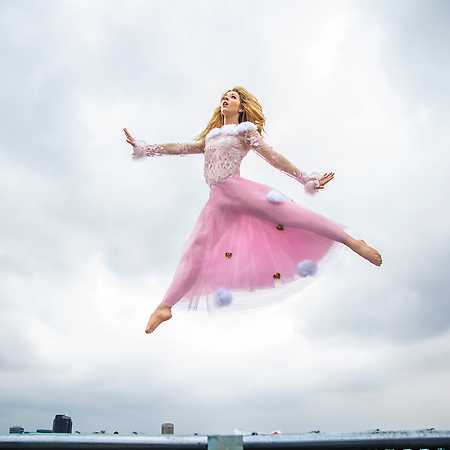 Lindsey Stirling is an American musician who combines violin, dubstep and dance creations. Born in California, she began playing the violin at the age of only five and started her exceptional career performing on America’s Got Talent show. Although the jury smiled at her very own mix of classical music, dubstep and dance, Lindsey quickly became an rising online star. Today, her YouTube channel has over 10 million subscribers, her videos have been viewed over 2 billion times. In 2012, Stirling released her debut album Lindsey Stirling with hits like Crystallize and Radioactive, which stormed the sales charts since their release. This was followed by three more successful studio albums: Shatter Me (2014), Brave Enough (2016), Warmer in the Winter (2017). Throughout her career, Stirling has worked with stars such as Pentatonix, LMFAO, Tyler Ward and John Legend.