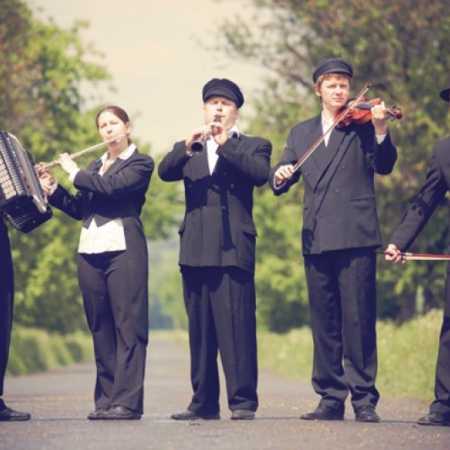 Flying is a Czech rabbi klezmer band from Prostějov. The band was founded in autumn 2001 as a Klezmer quartet. Since 2002, the rabbi called Flying. The band strives for authentic performance of klezmer music using a combination of traditional and modern genres procedures. The band passed (since its founding in 2001), dozens of concerts all over the Czech Republic and Europe (Sweden, Poland, Slovakia and Slovenia) in March 2010 gave concerts in the USA (New York, Washington).