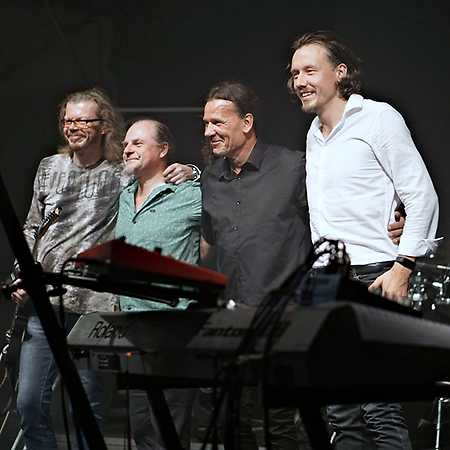 Lebowski is a band whose style is described as “music to a non-existent film” – a mixture of art rock, progressive rock and film music. Released in 2010, the debut album Cinematic, is a tribute to the outstanding figures of Polish cinema – music intertwined with original quotes from classics of Polish and world cinema. The album got the title of “Polish Album of the Year” and “Debut of the Year” from Metal Hammer and listeners of the station Radio Rock FM, respectively. In June 2017 a concert album Lebowski plays Lebowski, a recording of the band’s performance at the Tennis Music Festival was released. To work on their latest studio album Galactica, the quartet invited a legend of world jazz, the outstanding German trumpeter Markus Stockhausen. The single they recorded together, Goodbye My Joy, charted for 17 subsequent weeks on the hit list of Polish Radio Trójka.