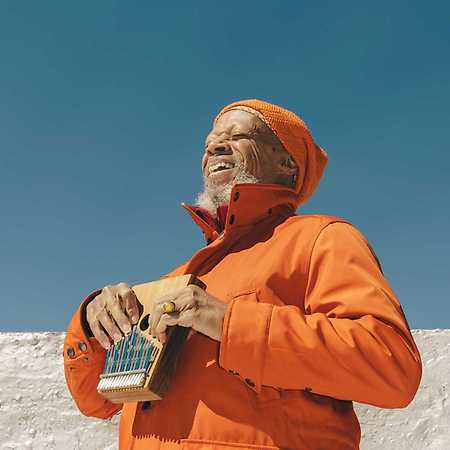 Laraaji is a musician, mystic and laughter meditation practitioner based in New York City. He began playing music on the streets in the 1970s, improvising trance-inducing jams on a modified autoharp processed through various electronic effects. Brian Eno saw him playing one night in Washington Square Park and invited him to record an album for his seminal Ambient series (Ambient 3: Day Of Radiance, released 1980). Laraaji went on to release a prolific series of albums for a wide variety of labels, many of which he recorded himself at home and sold as cassettes during his street performances.