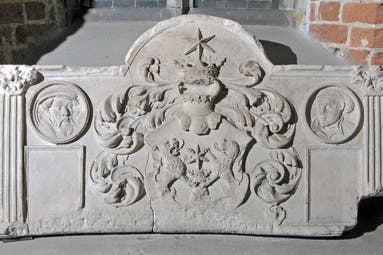 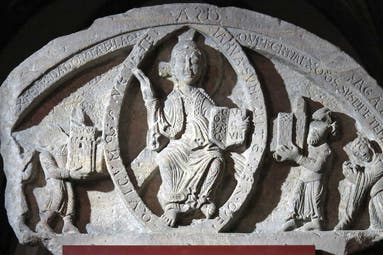 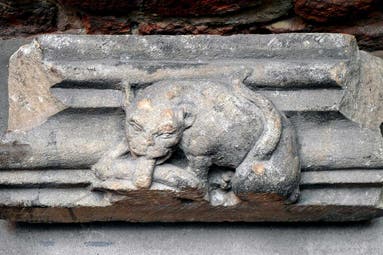 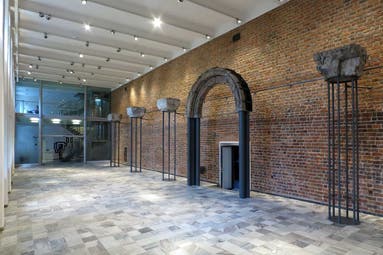 The Gothic cloisters of the former Bernardian monastery and the adjacent Romanesque Hall exhibit architectural details documenting the stylistic transformations that took place in the architecture of Wrocław over seven centuries, from the 12th to the 18th century. The exhibited objects were created in Lower Silesia, mainly in Wrocław. Some of them come from buildings destroyed during World War II, others were found during archaeological research. Although they found their way into the museum's collection somewhat by accident, they allow visitors to trace the changes in Silesian architectural sculpture from the 12th to the 18th century. The collection includes, among others, the remains of the Benedictine Abbey in Ołbin, including an 11th-century tympanum, elements of portals of Wrocław townhouses and a collection of Gothic architectural sculpture.