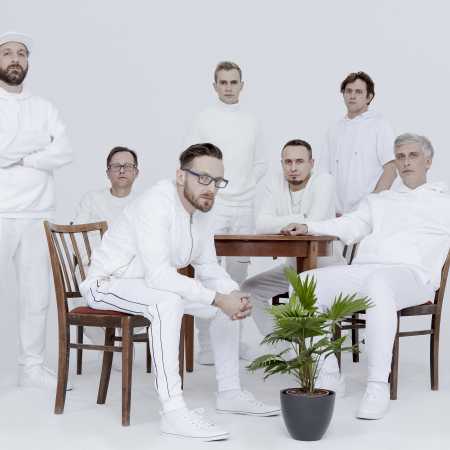 Lao Che is a Polish rock band formed in 1999 in Płock by former members of the band Koli. Lao Che’s musical genre is a crossover of various styles such as alternative rock, punk rock, ska, ambient, and folk. The band’s popularity grew quickly after their Powstanie Warszawskie (Polish for “Warsaw Uprising”) concept album, which received many prestigious nominations and awards. Their newest album Wiedza o społeczeństwie came out in 2018.