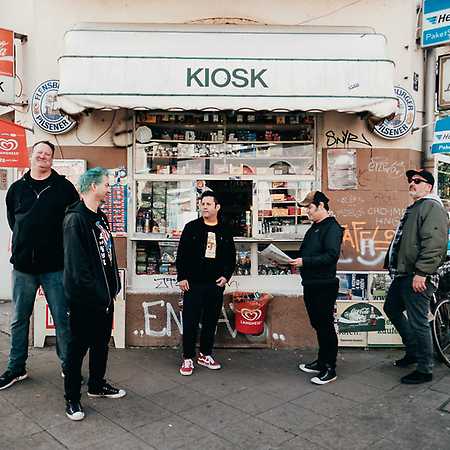 Lagwagon is a 1990 founded American punk rock band from California. The band consists of Joey Cape (vocals), Chris Flippin (guitar), Chris Rest (guitar), Jesse Buglione (bass) and Dave Raun (drums). Lagwagon was founded in 1990 in Goleta, a suburb of Santa Barbara, California. With their 1992 debut album Duh Lagwagon was the first band alongside NOFX on the label Fat Wreck Chords, which belongs to the singer of NOFX, Fat Mike. They also released the albums Hoss (1995), Blaze (2003) and Resolve (2005). Hang 2014 was released after a nine year of album release break.