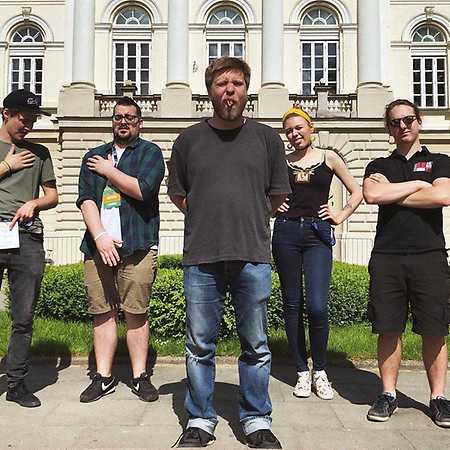 A Warsaw band playing hard rock and heavy metal. Lady Strange began to form in May 2015. Initially, the team lacked stability. However, from the very beginning the pillars of the band were three people: Frida Lola (vocals), John Rakovsky (drums) and Matt Beav (bass). They are now joined by Juicy Mike (guitar), Phil Blade (guitar) and Jacob W.Black, who replaced the previous drummer.