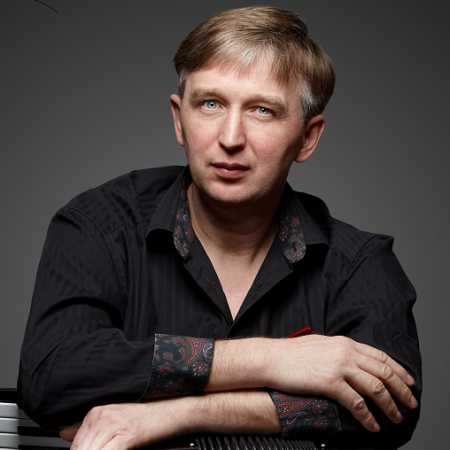 He performs as a soloist, chamber player and accompanied by orchestras (the Prague Symphony Orchestra, Moravian Philharmonic Olomouc, North Bohemia Philharmonic Teplice, Prague Philharmonia, Suk Chamber Orchestra, Westmont Philharmonia Accordion Orchestra, Fisorchestra Marchigiana) and has regularly appeared at prestigious festivals in North America, Asia and throughout Europe. He is a champion of and has given premieres of pieces by contemporary Czech and foreign composers, which he has recorded for Czech and international radio stations (Czech Radio, Klassikradio, Classical WQED). His label Edition Rondo Prague has released a dozen CDs. One of the most renowned promoters of Italy’s Borsini. He represents the Czech accordion school in international organizations (La Confederation Mondialede l’Accordeon, European Accordion Federation) and as a chairman of juries of international competitions (Castelfidardo, Innsbruck, Pula). He is the only accordionist from Central Europe invited to sit on the juries of the prestigious German competitions Deutscher-Akkordeon-Musikpreis and Deutsche-Orchesterwettbewerb. In Prague he is artistic director of the European Accordion Orchestras Festival and Accordion Days.