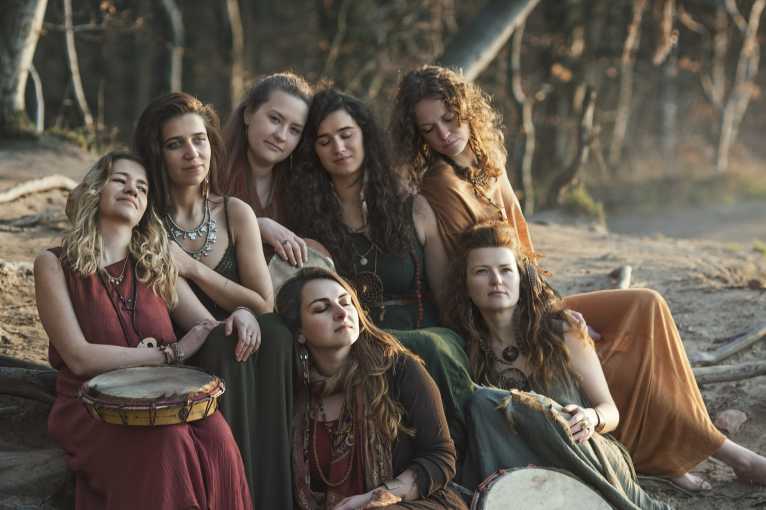 Laboratorium Pieśni – Song Laboratory (world/ethno/spiritual/mystic folk music) is a female group of singers from Poland, created in 2013. Using traditional, polyphonic singing they perform songs from all over the world, mainly: Ukraine, Balkans, Belarus, Georgia, Scandinavia, Poland and many other places. They sing a capella as well as with shaman drums and other ethnic instruments (shruti box, kalimba, flute, gong, zaphir and koshi chimes, singing bowls, rattles etc.), creating a new space in a traditional song, adding voice improvisations, inspired by sounds of nature, often intuitive, wild and
feminine.

The traditional songs are often brought from their source – different regions of Poland, Europe and world, by the members of the group – having their unique history and evolving in the course of work. Finally, they are performed in a new form – traditional or enriched.

The group has visited over 15 countries with concerts and workshops (for example: USA, India, Japan,
Iceland, Israel, UK, Spain, Italy, etc.). The video with Belarusian song Sztoj pa moru has reached over 6 mln views, and the group is followed by more than 125 thousand fans on Facebook.