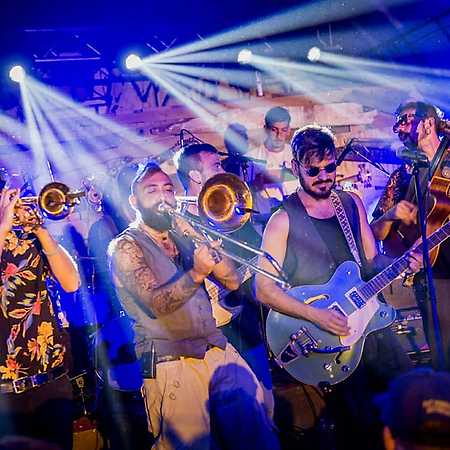 La Orquesta Informal is a traveling “band-orchestra” that mixes Latin instruments and rhythms with European gypsy music colors. Thus, they play between rumba, ska, cumbia, balkanbeat and rock, proposing a mestizo and worldly festive sound that unites borders and cultures. The band released their first studio album Viajando in 2016 thanks to the support of the National Institute of Argentine Music (INAMU) and during their #Europeando 2018 Tour, their 2nd work: Mestizonando. The group starts at the end of 2009 in Rosario, Argentina, making presentations constantly in their city and many others, as well as tours of Brazil and Uruguay until 2018, then they migrate to Europe performing shows in International Festivals, halls and pubs, covering 7 Countries: Russia, Finland, Spain, France, Italy, Switzerland and Germany.