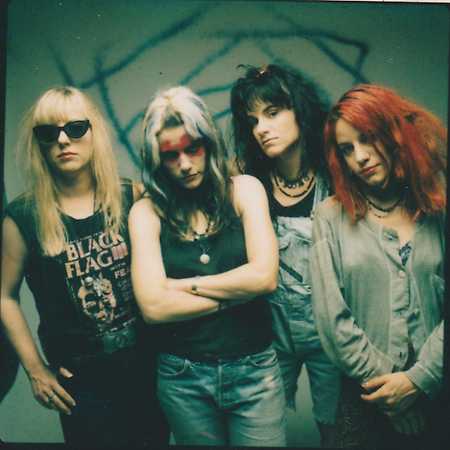 L7 is an American rock band from Los Angeles, California, that was active in the years between 1985 and 2001. The group's original line-up was restored in 2014. Due to their sound and image, L7 is often associated with the grunge movement of the late 1980s and early 1990s. They have released more than six studio albums and have toured widely in the US, Europe, Japan, Australia, and South America. L7's song Pretend We're Dead became a Top 10 hit on the Billboard Modern Rock chart in 1992.