Composer, jazz violinist, conductor, arranger and music producer, born 26 October 1953 in Wałbrzych. He studied composition with Andrzej Koszewski and conducting with Witold Krzemieński at the State Higher School of Music in Poznań. Since 1980, as the leader of the jazz ensemble String Connection, he has given concerts in Europe, the United States and Canada. He has participated in many festivals, including those in Reno, Paris, Berlin, Nuremberg, Helsinki, The Hague, Montreal and Baden-Baden.

Krzesimir Dębski has recorded over 30 albums with his compositions for many prestigious record companies. Since 1986 he has limited his concert activity, devoting himself to composing. He has composed over 50 symphonic and chamber works. He is the author of music for over 50 feature and documentary films, he also creates theatre music (over 40 premieres) and experimental music. In 1991 he also took up conducting, and his discography as a conductor already includes over a dozen titles, e.g. with film music for Sony Classical. He has conducted concerts with such international stars as José Carreras, José Cura, Ewa Małas-Godlewska, Adam Makowicz, Canadian Brass, Vadim Riepin, Jean-Luc Ponty, Mark O'Connor, John Blake and Nigel Kennedy.

He has won First Prize at the Hoeilaart World Jazz Competition (1983), the Stanisław Wyspiański Prize (1985), and awards from the readers of Jazz Forum magazine for Musician, Composer and Violinist of the Year (1983-86). In 1985 he was named one of the ten best jazz violinists in the world by the American magazine Down Beat. In 1986 he won First Prize in the Composer Competition to mark the 25th anniversary of the "Poznań Music Spring" Festival of Polish Contemporary Music. In 1988 he won the Canadian Film Academy Genie Award and the Prime Minister's Award for works for children. In 1998 he received a nomination to the Emmy Award in the United States for his music to Andrzej Maleszka's film Maszyna zmian. In 2000 he received a Fryderyk Award in the category Composer of the Year and the International Film Academy Philip Award for his music to With Fire and Sword. In 2001 at the International Film Festival in Pyrgos, Greece, his music for the film In Desert and Wilderness was awarded. Music for the film An Ancient Tale was awarded the Golden Duck 2003 by the readers of the magazine Film. In 2005 he was commissioned by Hollywood's LimeLight Films to compose music for 16 Charlie Chaplin films from 1914-17. 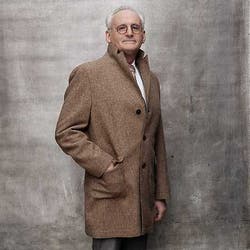 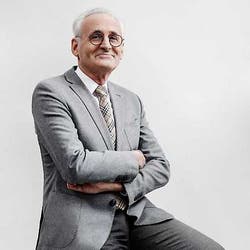 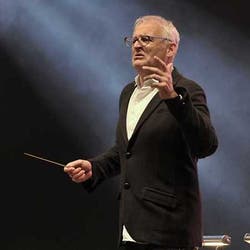 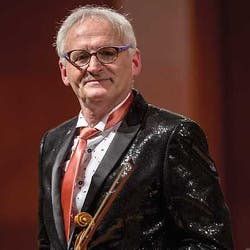