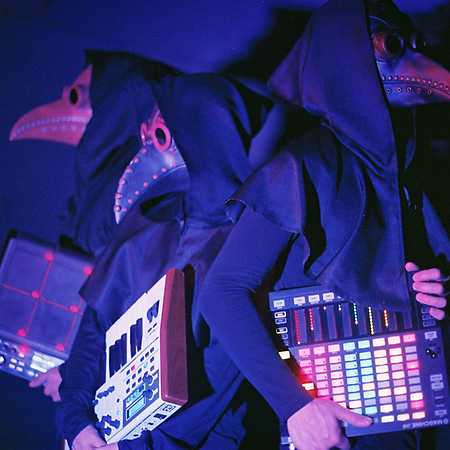 Körkarlen Trio was founded on the 100th anniversary of the film The Phantom Carriage to celebrate this cinema classic with a new, original score. The musicians play dressed as plague doctors from the 20th century, as the plot of the film takes place during the epidemic of tuberculosis.