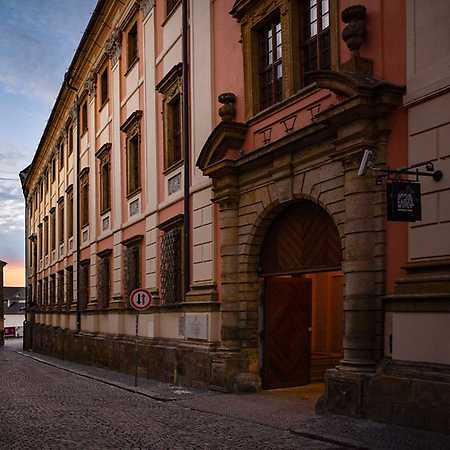 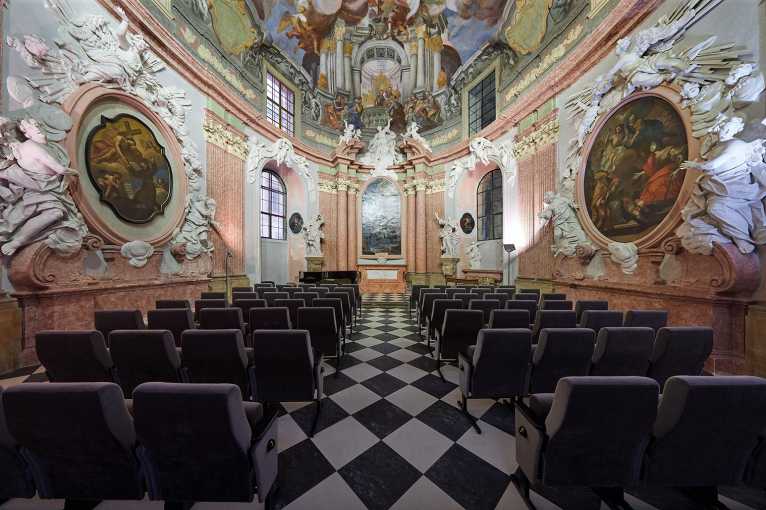 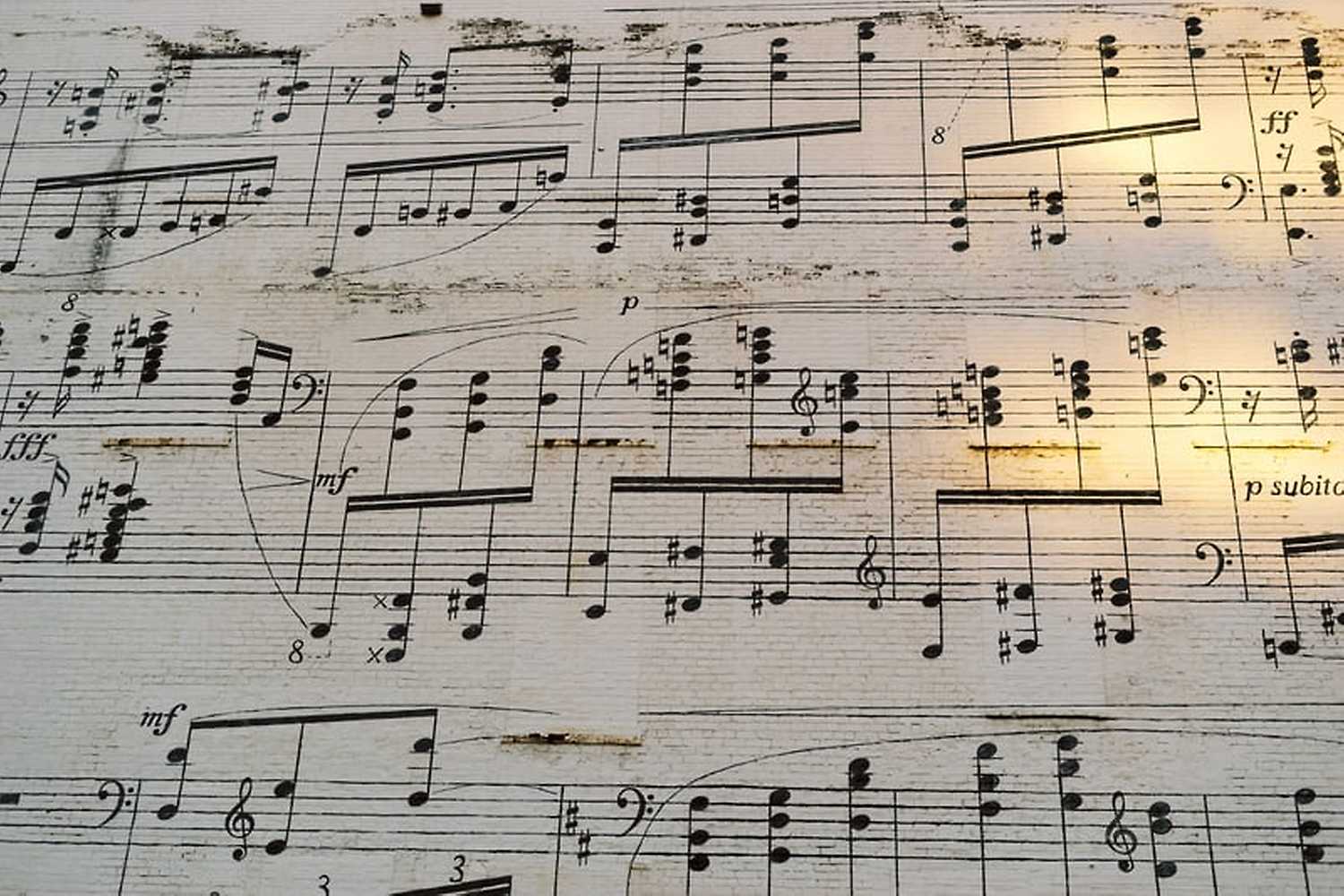 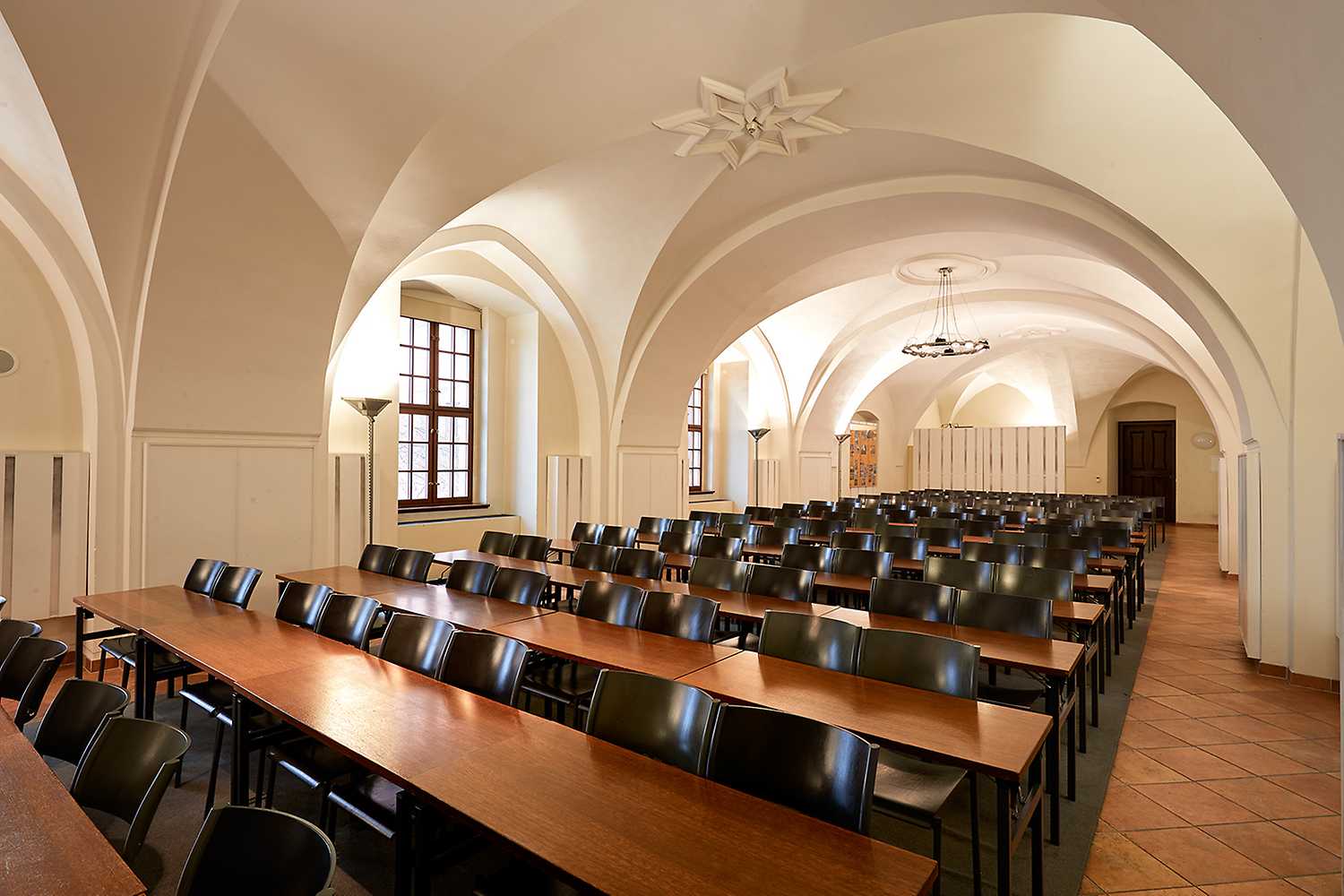 A Baroque building of the former Jesuit monastery dating to the 16th century. One of the most historic parts of the Palacký University, which the 2002 large-scale reconstruction transformed into a modern academic complex and hub of Olomouc’s cultural life.

The base of the instruction of History of Art, Film and Theatre Studies, Television Studies, Music Education, Musicology, and Art Education. A complex with a fascinating history, which houses classrooms, studios, film and theatre auditoria and, last but not least, one of the best preserved sites in the Czech Republic – the Corpus Christi Chapel.

The home base for creative student associations Pastiche Filmz and StuArt, the ATENEO choir, the Reactor project, and the UP AIR student radio station. Key premises for the Academia Film Olomouc (AFO) festival and of the PAF festival of film animation and modern art, as well as of the renowned Flora Theatre Festival, the Olomouc Baroque Festival, and the MusicOlomouc festival.

Library of the Faculty of Health Sciences of PU