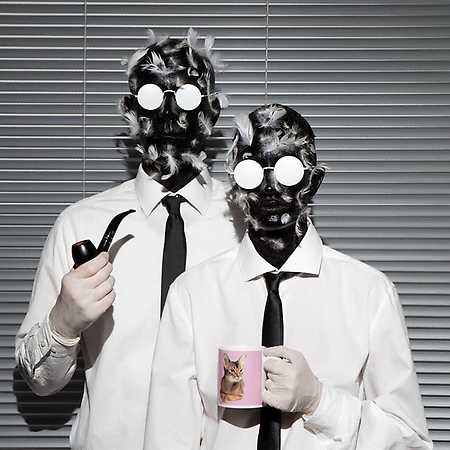 Kompromat is the latest neo-post-punk project by Vitalic and Rebeka Warrior. The latter might also be familiar from Electroclash Duo Sexy Sushi. Vitalic aka. Pascal Arbez-Nicolas, who has a fable for the Russian language, already made himself known in the techno scene of the French underground in the late nineties.